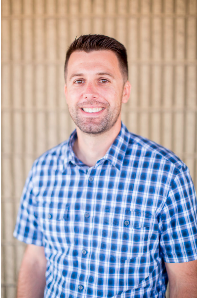 Originally from Jonesboro, AR, Philip first volunteered with SOS in 1998 while attending the University of Mississippi. He also served on SOS college summer staff as a Team Leader in 2002. After graduating from Ole Miss, Philip interned with a campus ministry for a year and then served as a youth minister for four years in Grenada, MS. In 2007 he was hired as the Executive Director of SOS and made the move to Memphis. Philip serves on the board of the ReFrame Association and is a contributor to the 2016 book, Gospel Centered Youth Ministry: A Practical Guide published by Crossway. Philip, his wife Kelsea and their three kids (Romey, Archer, and Beckett) are residents of Binghampton. Philip loves his wife and kids, ice cream, mac computers, his minivan, and he is an unashamed choir nerd.