“Twitter is a waste of time and is sure to fade away quickly.”

This bold (and clearly foolish) declaration made seven years ago is perhaps one of the worst mistaken assumptions I have ever made regarding cultural trends. My disdain for what is still a widely used application stemmed not out of any genuine knowledge of what I was critiquing. Rather, it came from my typical derision of anything that falls under the category of “social media.”

I have come to understand in the years since I made that statement, not only was I inept at predicting the future of cultural trends, I was also deaf to key concepts of culture and the role they play in the lives of both believers and unbelievers. As a believer, as well as a pastor, I have come to see that if we are to truly shepherd those around us in this fallen world, it is essential that these cultural trends never be immediately dismissed as a waste of time. Instead, they must be carefully understood both in their strengths as well as their dangers.

One of the greatest stories that can help walk us through this process is the familiar tale of the Tower of Babel, found in Genesis 11. Babel tells the account of people who come across a favorable piece of land in the process of spreading out across the earth, in fulfillment of the Cultural Mandate (Genesis 1:26-28). As part of that mandate, mankind was commanded to fill the earth and subdue it. The desire of God was for humanity to develop the latent potential found throughout the earth, for the purpose of reflecting God’s glory. Mankind was never intended to remain in Eden. They were intended to fill the earth, build civilizations, develop culture, and do it all to the glory of God.

In the story of Babel, however, rather than continuing in their process of spreading further East, these individuals decide to set up their own city for their own glory. In response to their rebellion, God famously confuses the language of the people so as to forcibly drive them out past Babel, and eventually throughout all the earth.

From this story, we can learn to approach cultural phenomenon (arising from humanity’s attempts to create their own kingdoms) by appreciating, discerning, and reconstructing.

For anyone familiar with this story, there is a temptation to simply dismiss these attempts of rebellious humanity as silly – traps into which we’d never fall. While these people’s rebellion was (ultimately) folly, the vision they cast and the skills put on display in pursuit of fulfilling their lofty ambition was, arguably, a clear (albeit, distorted) execution of what had been commanded in Genesis 1:26-28. Those individuals were building up their own culture. And in order to do that, they joined together as one unified tribe and even demonstrated an impressive ability to take the latent potential of the land around them to create their own city. If not for the fact that this endeavor was clearly motivated by godless ambition, the city of Babel would have been truly impressive.

In our culture today, it is easy to dismiss the tools and resources utilized by humanity and put on display in a variety of cultural trends. As a youth pastor, I am often confused by the latest social media trends that take youth culture by storm. While it is tempting to immediately dismiss those trends as a waste of time, one can observe impressive elements (similar to those seen at Babel). Within the social media world, there is a constantly changing form of language and communication, fashion trends being born and rejected, celebrities made and forgotten, and ultimately communities being built up and destroyed. While it might not be immediately apparent, these social media sites offer a constant building and rebuilding of miniature kingdoms for our students and the people they both disdain and adore.

As we observe any given trend it is important to never simply dismiss and ignore it. To simply ignore the many cultural trends of our teens is to miss out on things that might reflect a clear (albeit, distorted) execution of what was communicated when God commanded man to fill the earth and subdue it. While we are not called to celebrate every trend, it is important that we as believers learn to first appreciate the talents and strengths they reflect. To ignore those strengths is to immediately misunderstand why these creations are so attractive, and to misapply true discernment.

In Babel, God did not simply scoff at man’s attempt to make a name for himself. In addition to viewing the attempt as foolishness, God also clearly understood the danger of their desire. Failing to follow through with God’s command to fill the earth would have inevitably been to man’s self-made destruction, and against His plan for creation. His decision to disrupt their attempted grab at power is made with that danger in mind.

What might this practice of discernment look like today? Once again, the world of social media offers us an easy area for application. Obviously, the motivations standing behind the flood of activity in many social media platforms are often far from godly and reflect the same desire as those at Babel. In today’s culture, many students dream of becoming “Instafamous” and collecting as many “friends” as possible in the online world. Sadly, this desire drives students (even adults) to act in ways that are ultimately destructive to themselves and to the cultures they seek to infiltrate.

As we observe all that goes on within any cultural trend, it is essential we learn to better understand the desires beneath its popularity. These trends become popular because they tap into a deep longing felt by every person. As pastors and parents, we must ask ourselves and those we serve “What desire are you attempting to fulfill when devoting yourself to this trend?” Asking this question is key if we are to learn how to judge something as valuable or harmful.

As believers shaped by a biblical worldview, we must understand that when we are not motivated by a love for God and a biblical understanding of identity, the end result is far more dangerous than simply wasting time; it is the destruction of self. As we look to practice discernment in any cultural practice, we must strive to understand what is going on beneath the surface. Only then can we properly move forward to the point of reconstruction.

The end of the story of Babel, of course, is not simply one of destruction and ongoing confusion. Truly, it’s the complete opposite. God, in His infinite mercy and wisdom, did not give up on that grand Cultural Mandate. Instead, the destruction He brings upon Babel was done so that the story of humanity and the filling of the earth might be accomplished.

Sadly, many Christians tend to respond to just about every cultural trend with disdain and a desire for destruction. Those believers, under the assumption that culture in a fallen world is automatically devoid of positive elements, will excuse any and every pop culture trend as a godless waste of time. While this tendency may appear wise, its destructive conclusion is not always reflective of the character of God. While destruction will inevitably be part of the broader strategy of cultural engagement, I believe its refusal to appreciate cultural trends often times demonstrates a lack of discernment.

Equally unhelpful is the opposite tendency some believers have to simply “redeem” every cultural trend. These believers will often times look to not only appreciate, but actually celebrate just about every trend in music, movies, social media, etc. Ultimately, this second tendency falls into the same trap as the first: it lacks discernment.

We must learn to look at cultural trends from a long-term perspective. We must think of our cultural engagement as a task of reconstruction. This means, in light of all that we glean from appreciation and discernment, we must wisely respond with a willingness to work to utilize certain trends (discerned as valuable) in a God-glorifying manner.

As pastors and parents, we must be quick to acknowledge and challenge why our students (and we) remain attracted to certain cultural trends. We must ask ourselves and those around us, “What makes this trend so appealing, on a heart-level?” and “Why will I choose to use this or reject this?” Since we, as Christians, are not “of this world,” we must inevitably reject many things this world embraces. Yet, since we are still in this world, we must also carefully use the tools created by humanity – image bearers of the Lord – when we find ways that help further that image. Culture should not be seen as a bad word in our churches. Nor should it be seen as the end goal. Rather, we ought to think seriously through the potential culture holds for pointing people to God and, therefore, we might seek to reconstruct it in a way that brings Him glory. 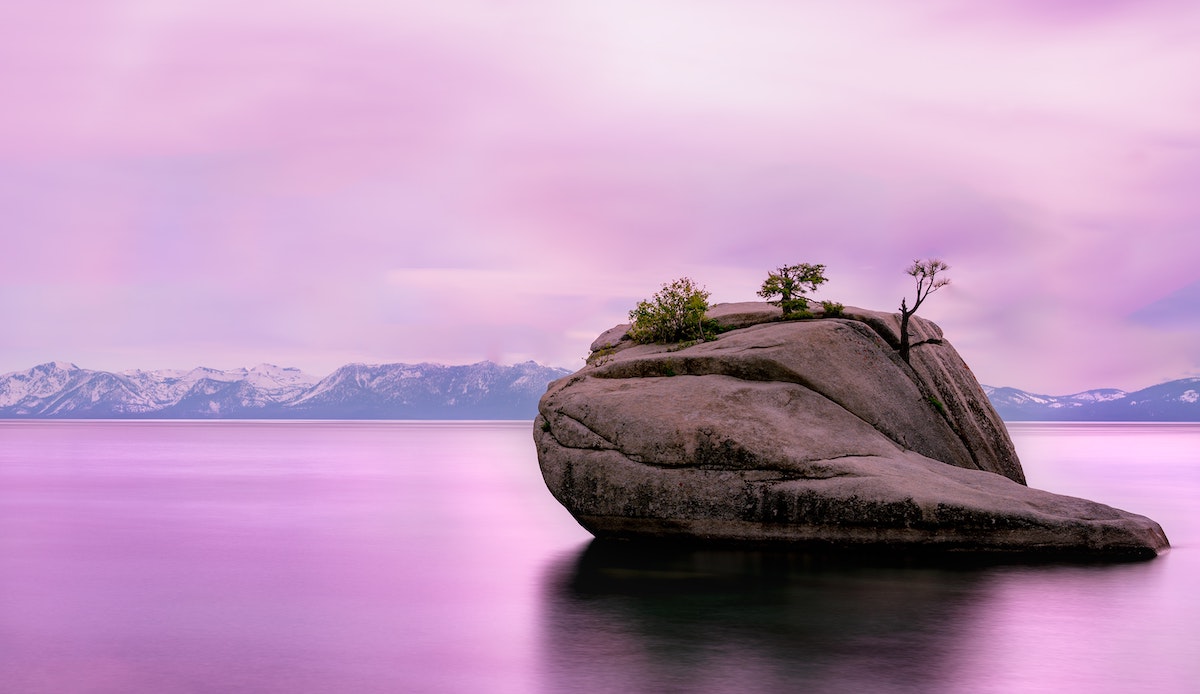 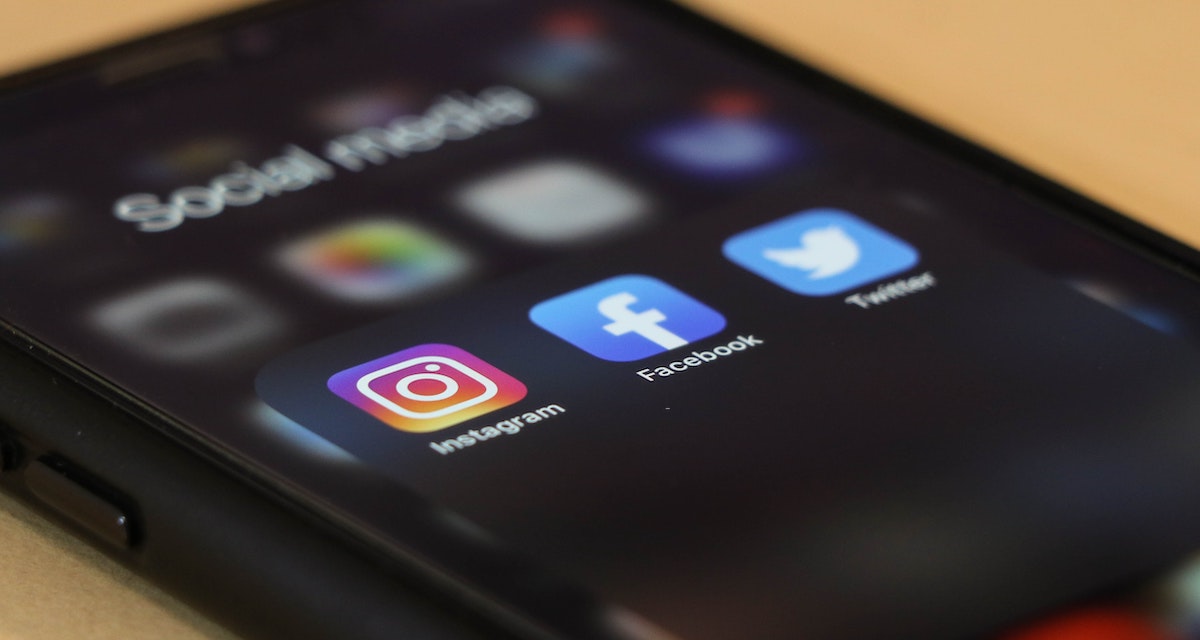