Failure: The Only Option

Failure: The Only Option

My whole life, all I have wanted to be was a basketball player.  My parents have a picture of me as a  two-year-old dribbling a basketball nearly the size of my chubby toddler frame while running down a basketball court.  Growing up, I ate, drank, and breathed basketball.  In terms of basketball dreams, failure was not an option.

After heading off to college, I set my mind to making the team, dedicating all of my free time to this mission. My determination paid off, and I made the team. My dream of being a basketball player was finally realized – failure had not been an option. Then the season started, and I spent game after game sitting the bench, watching my teammates win and lose while I cheered from the sidelines. I remember one game on a cold February night near the end of the season — another game spent watching, waiting and hoping that the coach would call my name. After the game, I was walking aimlessly across a dark, desolate field on campus. The winter winds nearly froze the tears pouring down my cheeks as I reconciled my heart to the heartbreaking reality that, as for my dream to grow up to be a basketball player, failure was my only option.

You see, I hate failure. I guess that is one of those statements I make about myself as if I am the only one who feels that way, when in reality there probably isn’t anyone in the world who can say that the highlight of their day is when they bomb their exam or get laid off from their job or scream at their kids for the 23rdtime. So, maybe I will just acknowledge (with everyone else on the planet) that failure totally stinks.

Last year I left the school I had worked at for 14 years as a teacher and vice principal to become my church’s youth director. How hard could it be, right? I had my master’s degree, I well respected in my school, and I could play dodge ball and eat pizza with the best of them. What more could there be to the job? One thing I was sure of in making this career change at this stage of my life (with a wife and two pre-teen children at home) was that failure was not an option.

As I began this exciting journey, I came in with lots of new ideas and plenty of energy and enthusiasm. I knew that God had prepared me for this calling, and I couldn’t’t wait to get started.After only a few short months, I grew our senior high enrollment from 34 students a week to a mind-boggling eight. Nope, that is not a typo. I remember that night, sitting on our youth couches, where our adult volunteers outnumbered our students – with that same tightness in my chest that I felt crying on that dark field – realizing once again that failure was my only option.

Have you read the story of Abram lately? As I studied it once again recently, I was struck by something that I had not noticed before. In Genesis 12, God calls Abram to head out on his faith journey. This must have been a very exciting time for Abram. He was living in a land where idol worship was the trend of the day, and, out of nowhere, the living God speaks to him and says, “I have chosen you!” What a contrast to the lifeless, man-made statues that his family and neighbors worshiped.God spoke and He chose me. So Abram, Sarai and Lot head out on their great faith-filled adventure. In leaving the comforts of home and heading out into the unknown, there was only one thing that was certain: failure was not an option. Then in the same chapter, only 10 verses later, Abram hits his first roadblock. Famine strikes the land. So, they head down to Egypt. When they get to Egypt he says something like this to his wife: “Sarai, you are really beautiful and I know that the Pharaoh is going to take notice of you, so even though this probably means he is going to take you and make you sleep with him, let’s just tell him we’re brother and sister. That will work out best for me.” It only took ten verses, and the great father of faith is doubting God’s love and protection over him, scheming up a very selfish plan to protect his own hide – even at the expense of his wife.

Of course, you know the rest of the story. Abram’s life is filled with faith triumphs and faith failures. But in the end, God used him mightily. Is it possible that God may have allowed Abram to fall flat on his face ten verses into his ministry so that Abram would see that it was not because of his superhuman faith that God was going to use him? Rather, it was in spite of his total absence of faith at the first sign of trouble. Is it possible that this failure was a love gift from God that set the tone of total dependence for the rest of his ministry? Is it because there would be another who would come later, who in the middle of complete crisis had a perfect faith that said, “Father, not my will be but yours be done”? And only through that Man’s obedience of faith do any of us have hope of success in our ministry calling. Is it possible that as God continues to rebuild my youth ministry, He wants me to know that, like Abram, I will always need to live in complete dependence on Him? Therefore, for both Abram and for me: failure is the only option!

Grace For the First Years of Youth Ministry 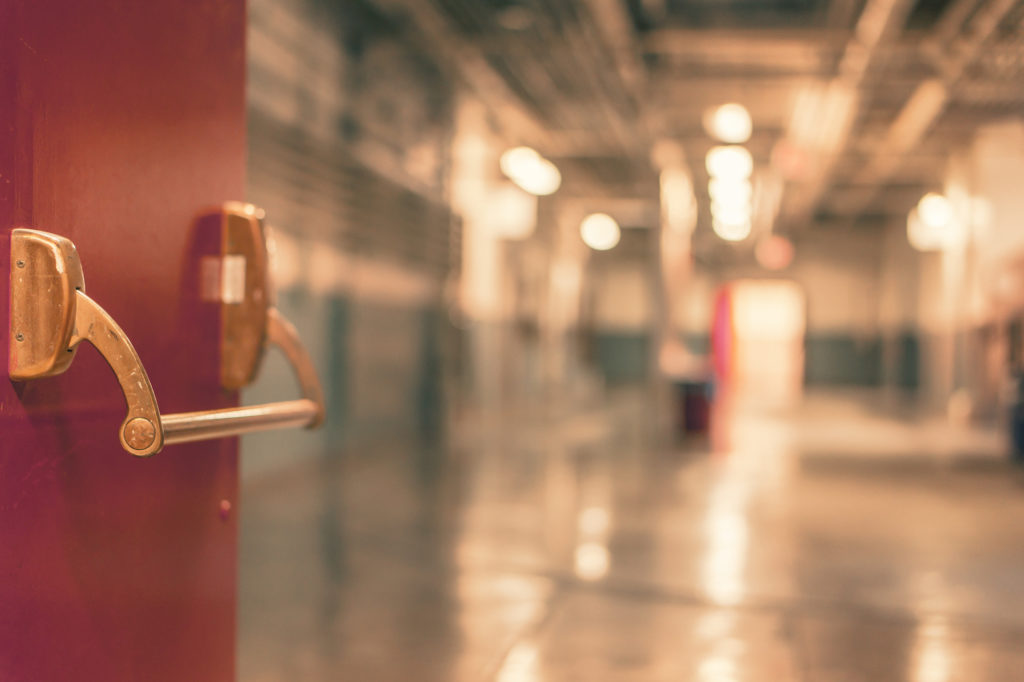 Diving into the New School Year and Busted from the Start

Confessions of a Struggling Youth Minister: I Think I Failed….

I’m a Decent Youth Minister, an Even Worse Parent