Is Youth Ministry Really “New” to the Church?

This is the second article in our series, “Justifying the Need for Youth Ministry.” There is a small but vocal camp in the church that does not think youth ministry should exist. They believe that age-specific ministry has damaged the church and usurped the role of the parents. In this series, we will talk about biblical, theological, and practical justifications for why we need youth ministry. The first article can be found here.

It’s a common misconception: Youth Ministry is a new phenomenon and didn’t exist until the Sunday School movement in England. If we insist on “youth ministry” only meaning what we generally mean today (a whole division of the church focused on creating fun, high-energy events where teenagers receive a culturally relevant combination of evangelism and discipleship), then it’s true that youth ministry probably began in the mid-20th Century. The goal of this article is to present the historical precedent for age-specific ministry in the Church for the sake of cultivating faith in the next generation.

It was a common emphasis in the Early Church that parents were responsible for modeling and teaching the faith to their children (as can be seen in the writings of Polycarp, Clement of Alexandria, Origen, and many other Early Church Fathers 1). The Shepherd of Hermas, written in the mid-second century, warns parents of the trials that come by neglecting family discipleship. It says, “But you… had great troubles of your own because of the transgressions of your family, because you did not pay attention to them; but you neglected them and became entangled in their evil deeds.” 2

Passing the faith from generation to generation was of great priority to the Early Church. J.I. Packer and Gary Parrett have provided a true gem to our faith through their book, Grounded in the Gospel. 3 In it, they unpack catechesis as the way the church has made disciples throughout Church History. The word “catechesis” comes from “to echo, to repeat” because their discipleship methods focused on the memorization of Scripture and doctrinal truths as the young Christian was learning how to live faithfully in an anti-Christian world. New believers progressed towards baptism and membership in the church by being intentionally set up with an elder who would teach them the Creed, the Lord’s Prayer, and the Ten Commandments. Those being discipled were expected to memorize Scripture, make progress in their understanding of the faith, and demonstrate spiritual growth in their daily lives.

Parents were always primary but they were never expected to be alone in the faith formation of their kids. As children grew physically and in their faith, like new believers, they were paired with a leader who would guide them through a more formal catechesis process in order to ensure their genuine faith and maturity. This highly relational approach to discipling the next generation will likely seem familiar to many youth workers today.

Ministry to Children in the Reformation (16th Century)

Although ministry to the next generation was a great emphasis in the Early Church, that emphasis significantly eroded during the next period of Church history. Some have claimed that the Reformation was essentially a response to the Church’s neglect to intentionally teach the faith from generation to generation. 4 It should be no surprise that the Reformers were overwhelmingly committed to ensuring this neglect would not continue. Since many parents themselves had not been instructed in the faith, they used the catechisms to learn the doctrines of the Church, and taught them to their children. Out of the desire for both parents and their children to be instructed in the faith, many catechisms were produced in order to provide a clear tool for family discipleship.

In the midst of such a clear and powerful call for parents to lead in catechizing their children, Luther remained committed to seeing the local church as the primary spiritual influence. 5 He repeatedly argued for the necessity of public education for children, which should also include spiritual matters. 6 Regarding those who disciple other parents’ children, Luther wrote, “It surely has to be one of the supreme virtues on earth faithfully to train other people’s children: for there are very few people, in fact, almost none, who will do this for their own.” 7

John Calvin shared this commitment to catechesis at home, in conjunction with public education. Calvin’s dedication to schooling did not mean he was shifting the spiritual responsibility from parents onto the educational institution, but it is clear evidence that he believed a parent’s calling to disciple children would be reinforced, instead of usurped, by partnership with other adults. 8

The Puritans are known for their firm commitment to Reformed doctrine, but they were also greatly committed to godliness. This dual commitment is seen clearly through their teachings on parents’ responsibility to their children. Puritan great, Matthew Henry, instructs pastors to “Let the ministers of Christ look upon themselves as under a charge to feed the lambs of Christ’s flock.” 9 Much could be written about the particulars of what this looked like, but it is important to recognize the emphasis many Puritan pastors laid upon ministry to families and children. These pastors saw the whole family, children included, as a significant aspect of their pastoral calling.

It may also be worth noting that Jonathan Edwards pointed to his youth ministry as the catalyst for the Great Awakening in Northampton, Massachusetts. Bijan Mirtolooi wrote a wonderful summary about this for Rooted a few years ago in his article, “It All Began with the Young People.”

Ministry to children and youth has always primarily been the calling of the family. This much is indisputable. Parents must be consistently reminded of their high calling to their children and equipped to fulfill that responsibility. Unfortunately, too many parents today are similar to the parents in Luther’s day: unequipped to instruct and disciple their own children because they themselves have never been discipled. The Church today needs to inspire parents to pursue discipleship within their own families, while also providing tools and training for the task. Otherwise, we are simply telling them to do something while setting them up for failure.

Gary Parrett and J.I. Packer comment that catechesis throughout Church history has always centered on the parents in the home and the pastor in the church. Both have proven to be vitally essential and mutually beneficial for the passing down of the faith from one generation to the next. 10 Historically, the pastor of the church has had a central role in visiting families in order to explain the sermon and answer questions about the catechism. Today’s temptation is for youth and children’s ministry to rely on lay leaders who are burdened for the next generation, but aren’t theologically trained. Meanwhile, the pastor is disengaged from ministering to the rising generations because he is busy with other leadership duties. One of the greatest encouragements we find throughout Church history is how many of the “giants of Church history” had a great passion for children and youth. They considered equipping and creating resources for parents to disciple their children to be one of the most important aspects of their pastoral calling.

One of the more interesting comments in Grounded in the Gospel is the observation that once catechisms were being printed, the relational foundation of catechesis was compromised. Where discipleship had always required a face-to-face conversation between mentor and mentee, the student could now read a printed catechism in isolation. Obviously, this isolation was never the intent. The blessing of printed catechisms was that parents could now teach and instruct their children. The danger, however, was an over-reliance on the printed word and allowing the relational core of discipleship to diminish.

Youth Ministry today looks different than it has looked throughout Church history. But, it should be clear by now that “youth ministry” has been a regular commitment of the Church, with numerous similarities despite the differences in culture. If we want to stand in the long tradition of pastors who gave themselves to evangelizing and discipling the next generation, we would be wise to remember the common threads traced above.

5. The home and the Church reflect the two primary foundations within each of the “two kingdoms” which is widely recognized as a prominent theme in Luther’s theology.

7. As quoted in, Haugaard, “The Continental Reformation….,” eds. Edwards & Westerhoff, A Faithful Church, 138. 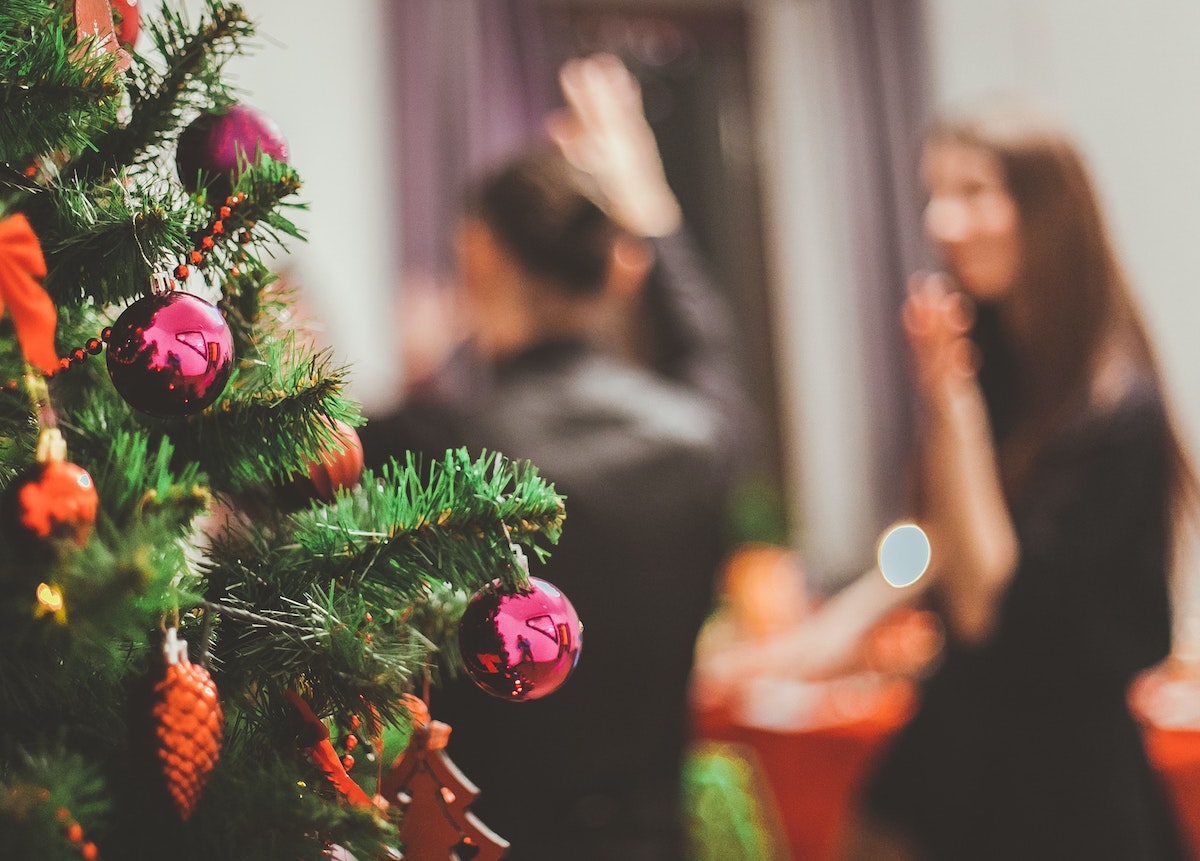 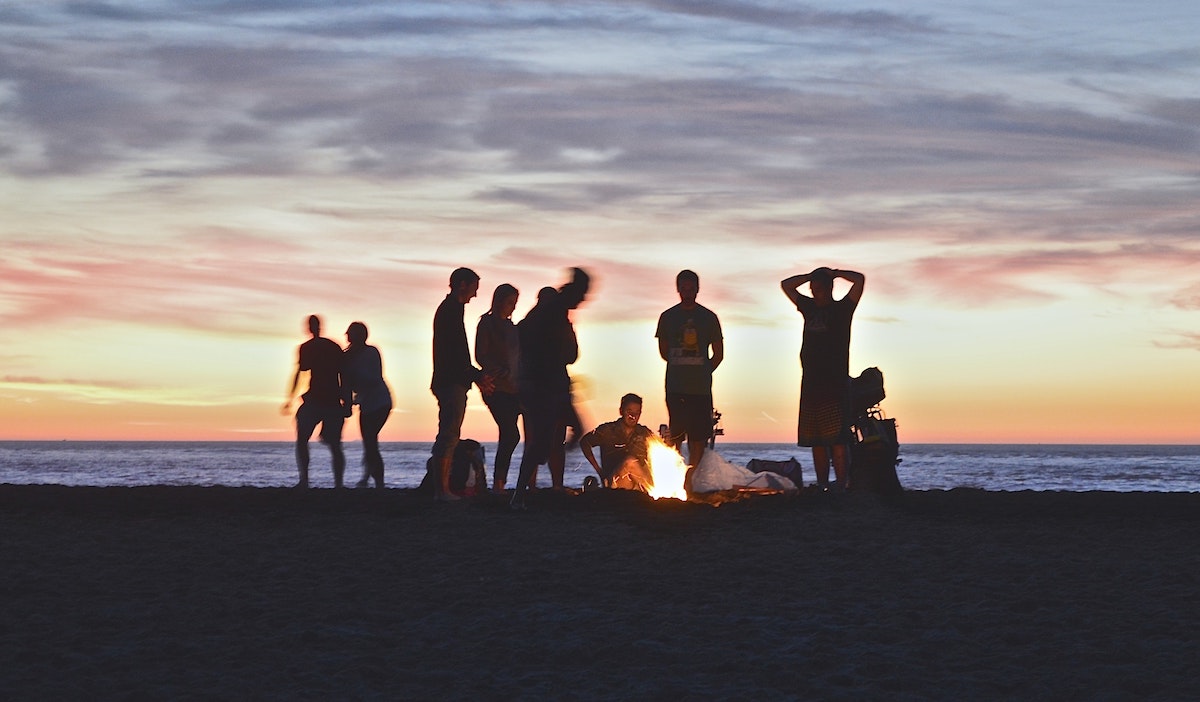