It was the end of a long day volunteering at an inner city summer camp. I sat down to watch a movie with about twenty students when six-year-old Kenny came up to me, tears rolling down his cheeks. Apparently, the movie’s reference to vampires freaked him out. I escorted Kenny out of the room so he could settle down. I knew I needed to distract him, but despite suggesting a variety of activities, he remained hysterical. Running out of ideas, I asked for the Spirit’s leading and offered to sit down with him. “Kenny, do you wanna hear a story?” I asked. He looked up at me, “Yeah.”

I began telling him the story about Jesus flexing his power over creation by calming a storm before his terrified disciples. Watching Kenny’s face light up as I told the story was a precious experience. He started asking some profound questions: “Who is Jesus? How did he stop the storm? Is he stronger than vampires? The Incredible Hulk?” As I tried to answer his questions, more kids walked up. Kenny begged me to tell the story again. As I retold the story, I asked Kenny to help me by filling in some blanks along the way. After retelling the story, I told Kenny that even men like the fishermen and I get scared. But what men do when they get scared is they go to Jesus. Kenny excitedly declared that he would “go to Jesus” next time he was frightened. We sat and talked about Jesus for another half-hour, and I struggled to explain the story of how Jesus was punished for what we do wrong and is alive now to help us when we’re afraid. And through all of this, Kenny showed me how a story about Someone stronger than vampires and the Incredible Hulk can be good news at a very appropriate time.

Humans were created with a keen ability to receive, relate and retell stories. Stories have the ability to actively engage the hearts and minds of hearers by inviting them into the narrative. If you’ve ever watched a captivating movie, read a well-written novel, or heard an interesting story, you can’t help but find yourself engrossed in the drama as it unfolds. The developing plot draws you towards the climax in suspense then leads you with anticipation to the resolution. God created people in His image and that includes our love of stories, because He is a storytelling God. In His infinite wisdom, God has chosen narrative as a primary means of revealing Himself to humanity. About seventy-five percent of Scripture is made up of the narrative of the unfolding nature and character of God. A friend of mine, who trained pastors in Central America for twenty years, told me, “There is not one doctrine of God in Scripture that the Bible does not illustrate through story.” That truth has resonated deeply with me as I have sought to grow as a student and teacher.

We near the climax of God’s story with the appearance of his own Son, who is the “Author of Life” (Acts 3:15). Jesus steps onto the scene as the Great Protagonist of all of history and He continues in God’s way by teaching through story. Jesus often used parables to communicate profound truths through simple anecdotes and analogies. At times, “He did not speak to them without a parable” (Mark 4:34). When Jesus’ disciples asked, “Why do you speak to them in parables?” Jesus responded by saying, “To you it has been given to know the secrets of the kingdom of heaven, but to them it has not been given” (Matt 13:10-11). Amazingly, Jesus knows his parables are being used by God to reveal kingdom truth to some and hide it from others. Jesus’ stories were purposely provocative for the people of his time. He wanted hearts stirred, thoughts provoked, and emotions enlivened; so He told stories.

But there’s more.  Not only do we see Jesus as the great Storyteller, reading through the Gospels makes us immediately aware that Jesus himself is the hero of the story.  This becomes clear when reading through, say, the parable Jesus told in Luke 15. In telling that story Jesus purposely leaves out a proper conclusion. The parable ends with the father entreating the older brother to join the feast. Jesus continually entreats both his friends and enemies to come to Him because His stories point to himself as the Seeker of the Lost. Jesus is not only the best storyteller: He is also the Chief Character in the greatest story ever told.

As characters in God’s continuing story of redemption we would be right to follow Jesus’ pattern of teaching. Our culture is telling an alternative, antagonistic story, and students are listening. “Our lives must find their place in some greater story, or they will find their place in some lesser story” (Stephen Schumaker). As youth pastors and teachers, we want to follow Jesus even in His methods of teaching. Let us creatively tell stories that point to Jesus as the Author, the Narrator, the Hero, and the King. 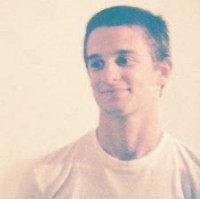 Ben Kandt is a teacher in the Orlando area and a follower of Jesus.