On Suffering and Friendship: Don’t Miss the Extraordinary

It is not hard for me to find someone close to me who is in the midst of suffering, whether he or she is a Christian or not. We live in a broken world, and so we suffer. There is brokenness within my own family, as well as among my children’s peers and their parents.

It shouldn’t be difficult for you, either, to find a suffering friend.

As Christians, and part of the Body of Christ, we are called into the work of Jesus. We are given the privilege of being gospel laborers as described by Paul in Philippians 4:3. Oftentimes, the fruit of this labor is a result of entering into the trials and sufferings of those around us.

In Luke 5:17-26, a man who is paralyzed is brought to Jesus to be healed. He cannot physically bring himself to Jesus, so his friends carry him – a grown man! – on a mat to Jesus. Upon finding the place crowded, they carry their friend to the roof, take apart the roof, and lower him to Jesus.

“And when He saw their faith, He said, ‘Man, your sins are forgiven you. […] I say to you, rise, pick up your bed and go home.’ And immediately he rose up before them and picked up what he had been lying on and went home, glorifying God. And amazement seized them all, and they glorified God and were filled with awe, saying, ‘We have seen extraordinary things today.’ “ (emphasis mine)

I can’t imagine that this task was particularly convenient for the friends of the paralytic. Perhaps one had to take unpaid time off of work. Maybe another was leaving a wife and many children at home for the afternoon. Perhaps the paralytic was not a slender fellow and another man would have an aching back for the next week. Maybe one of the men had begrudgingly agreed to carry him.

We all have instances where we do something for a friend or stand alongside someone even when it is an inconvenience. It costs us something, whether it is physical, emotional, or spiritual currency.

It is so remarkable that the friends’ faith and belief in Jesus’ healing power could have been acceptable to Jesus and that it brought healing and forgiveness to the paralytic himself.

In order to demonstrate to the Pharisees His authority on earth to forgive sins, Jesus takes it a step further and heals the man physically. The paralytic, who had to be lowered through the roof, picks up his mat and walks out the door.

He walks because Jesus healed him physically, but more importantly, his soul is also restored because Jesus forgave him of his sins. But in order to get to Jesus and His healing power, the paralytic’s friends had to carry him.

If the friends had not carried their paralyzed friend to Jesus, this miracle might not have happened.

And this all because a few friends allowed themselves to be inconvenienced, entered into the suffering of their friend, and carried him to the One who heals. They knew their words, their solutions, and their platitudes just weren’t working. The friend needed to be lowered to the feet of Jesus.

Anyone who has lived or parented through the teenage years knows the myriad of trials and tribulations this stage brings. A car crash. Pornography addiction. Underage drinking. An inappropriate photograph. An unplanned pregnancy. Cheating on a test. Rejection from friends. Rejection from college. Chronic illness. Divorcing parents. Death in the family. These circumstances have the ability to paralyze not only the child but also the parent.

Our faith might be enough to carry a suffering friend (or a friend’s child) to Jesus who will gaze upon the friend with compassion, offer forgiveness, and provide healing.

If we refuse to enter into our Christian sister’s or brother’s pain and burden, we might miss God at work here on earth.

We might miss being a part of a story that would cause us to say, “We have seen extraordinary things today.” 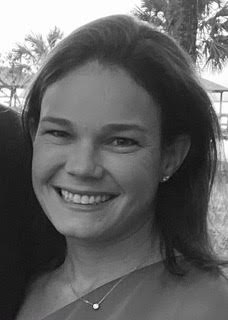 Dawson Cooper lives in Birmingham, Alabama with her husband, Wil, and three boys (ages 7,10, and 15). She graduated from Wake Forest University. While at Wake Forest, she began freelance writing for a local magazine. She has been writing for Rooted Ministry since 2017. She also works as a lead floral designer with Marigold Designs. Dawson and her family attend Covenant Presbyterian Church where she is involved with leading a youth small group. When she isn’t at or driving to her boys’ various games, school events, or activities, she enjoys reading, playing tennis, and enjoying a good meal with friends.
Additional Articles Eyes to See and Feet to Walk: Trusting the Character of God What Teenagers Need From Parents: Expect Failure and Success View All