“Where there is forgiveness of these, there is no longer any offering for sin.” (Hebrews 10:18)

If you have professed faith in Christ, it is more than likely the case that you understand the basic gist of the previous verse.

After Christ: No more Sacrifices

(Or, more descriptively: before the death, burial, and resurrection of Christ, animal sacrifice as prescribed in the Old Testament Law was the only means of atoning for one’s sins; with Christ’s perfect sacrifice on the cross this was all brought to an end).

For anyone raised in church, including many of the students you serve, the fact that Christ has removed the need for the sacrificial system is far from shocking or unfamiliar. It is a simple historical reality that can be summarized in a verse easily memorized and just as easily forgotten. Yet to the original audience, the transition from constant sacrifices to no sacrifices was shocking. And while brief in word count, the author of Hebrews writes this verse in a way that is meant to re-awaken the senses and to aggressively shake his audience out of their drowsy spiritual state. The question for us remains: do we feel the author shaking us today or are we at risk of remaining in our own spiritual fatigue?

This question recently came to mind as I listened through an audio clip (reconstructed from a sound graph) from the final moments on the battlefields of World War I. In this reconstructed audio, one is able to listen as the scene transitions from a place of utter chaos and shell-shock inducing noise to a place of peace and calm.

Similar to the impression made by historic black & white photos that are later reproduced in color, this audio clip is able to engage not simply our minds but also our senses. Even though the sounds we hear are echoes of an event that took place long before we were born, they are able to bring these moments in history to life and provide modern day listeners with a knowledge that is more than purely intellectual: it is experiential. Apart from that experience, the battlefields of war are easily sanitized, the noise of battle is easily muted, and the resulting peace is trivialized.

Incredibly, all of that can be changed with this reconstructed audio. In the minute it takes to listen through, your senses are suddenly awakened. You can hear the shellshock-inducing noise heard by those soldiers on an endless loop. As you take in the sounds of massive artillery, the once lifeless photos of WWI commonly found in history books are themselves brought to life. With just a little effort, the flat, historical reality of the conclusion of WWI is now tangible with all of its many sights, smells, and sounds.

That experience of listening to this audio while still far from what would have been felt by the soldiers who were there – men who had been fighting for months and years – changes the way we approach the war’s conclusion and the way we think of peace. As it is captured at the end of the clip, that peace was more than just a political agreement between nations. It was an exchange of the noise of gunfire for the sound of a gentle breeze. It was a shift from man-made chaos to the gentle singing of nearby birds. It was a peace that, much like the horrors of war that preceded it, touched all of the senses. The weight and magnificence of that peace is rightly honored, especially on occasions such as Armistice Day, and yet it is mere child’s play when compared to the beauty captured in Hebrews 10:18.

Throughout the pages of Hebrews, leading up to chapter 10, the author speaks in great detail of the experience of living life under the old Law and the sacrificial system common for every Israelite for hundreds and even thousands of years.

For any Israelite living before Christ, the Law and its sacrificial system was all they knew and thus, something they knew very well. Generation after generation of Israelites knew well the noises of the Temple, the sight of blood spilled from sacrificial animals, and the smells of the sacrifices as they were offered. From childhood through adulthood, those generations knew first-hand the experience of bringing an offering to the Temple and watching as an animal that could have otherwise been used for financial and practical gain was simply handed over and offered on your behalf by your priests. Generation after generation of Israelite priests would have known first-hand the experience of taking those offerings, and carefully following ancient laws guiding them through the process of slaughter. Generation after generation of Israelites would have lived their entire lives with those sacrifices continually on their minds, before their eyes, in their nostrils, and in their ears, always atoning themselves.

In Christ, as Hebrews so beautifully declares, the need for animal sacrifices is entirely removed as a new and eternal peace is established. An understanding of this peace at the intellectual level is something we can quickly grasp. Yet it is only when we take a step back and appreciate the experience of those ancient Israelites as detailed throughout the Old Testament that we can truly feel the weight of this peace. It is only when we listen for those sounds of the Temple, see those sights, and smell their aroma that the newly declared peace of Christ is not just understood but genuinely felt. While we do not have any reconstructed audio clip to aid us in this process, we can pour over the pages of the Old Testament, and see the many details of the sacrificial system. When taken together, those many details paint a vivid (and noisy) picture that allows us to better appreciate life under the Law and to cause passages such as Hebrews 10:18 come to life. It is when we do this, that we are able to do more than understand the peace of Christ. We are able to appreciate the peace of Christ and, as Peter says, to taste his goodness.

Truly appreciating that peace of Christ and its glorious silence is something incredibly difficult. Though we have probably never heard the sounds of animal sacrifice, our ears are still filled with a similar ringing of noise of ceaseless attempts at self-atonement. Although we speak of the sacrificial system as an artifact of the ancient past, we often act as if our own personal sacrifices are still essential for our salvation. Motivated by that thought, we daily seek to accomplish various rituals – both spiritual and secular – in effort to somehow improving on the sacrifice of Christ. As those who minister to students, we can easily allow this tendency to overflow into our teaching, speaking a Gospel of peace and rest out of one side of our mouth, and a Gospel of works righteousness out of the other. In so doing, we both demonstrate a lack of understanding the sacrificial system as well as the precious and permanent peace of Christ.

As believers, then, let us strive to daily enter into that forgotten world of sacrifices. Let us fix all of our senses on its gory detail not as a mere intellectual exercise but as a means of experiencing it in all of its endless noise.  And in the midst of that noise, let us experience the awe-inspiring truth of Hebrews 10:18 and listen as a new and permanent silence breaks in. The peace and grace of God are infinitely greater than any peace won on earth, for it is a peace that brings dead souls to life and then leads them into eternal rest in Jesus. 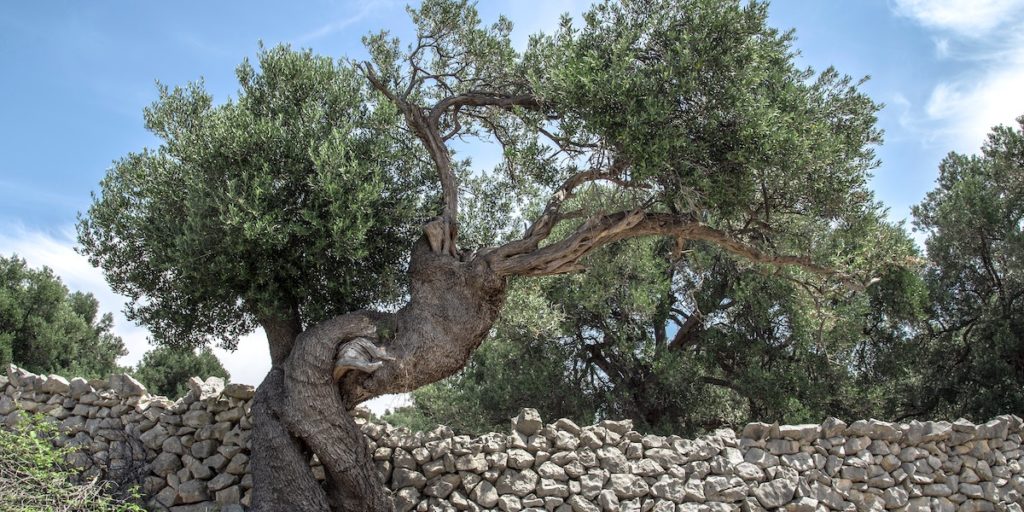 Taking Your Kids On a Tour of the Old Testament 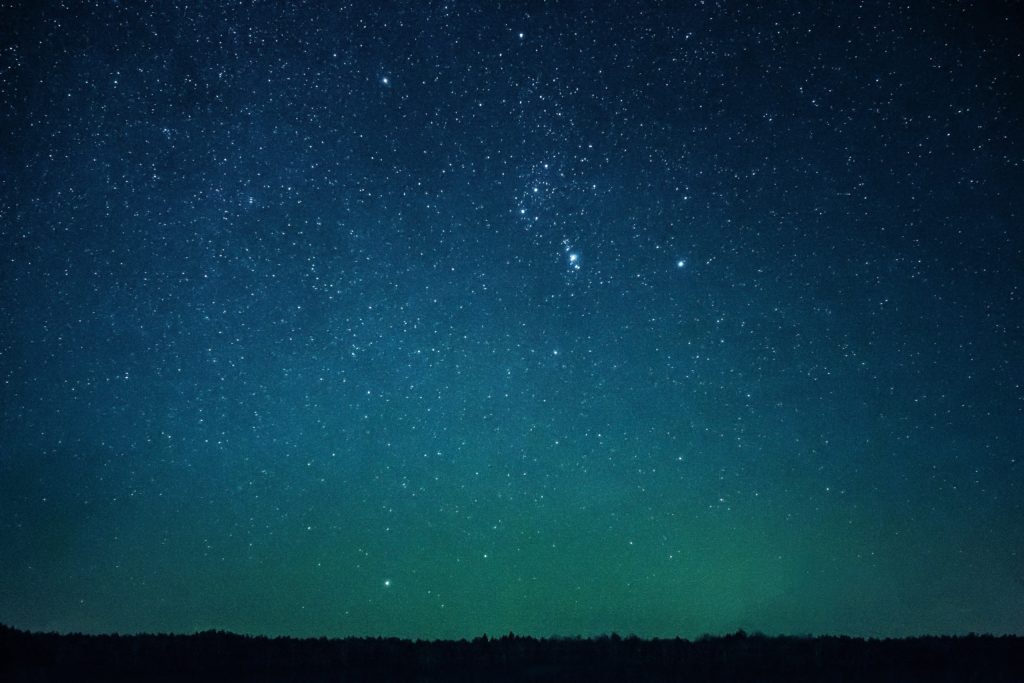 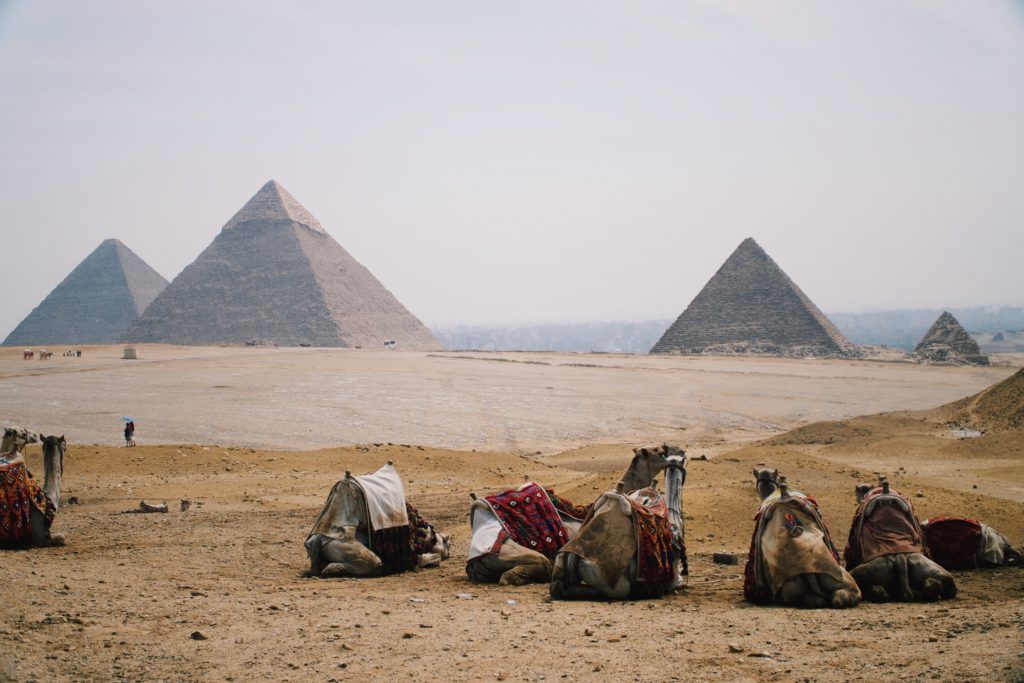 Out of Egypt, I Have Called My Son 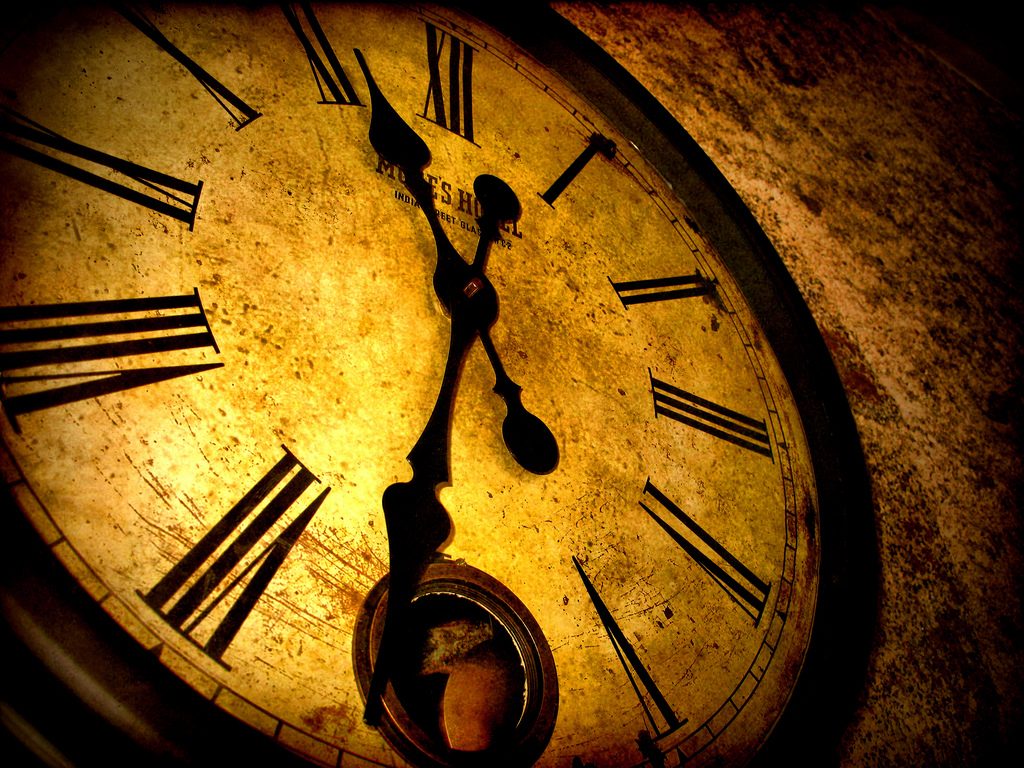 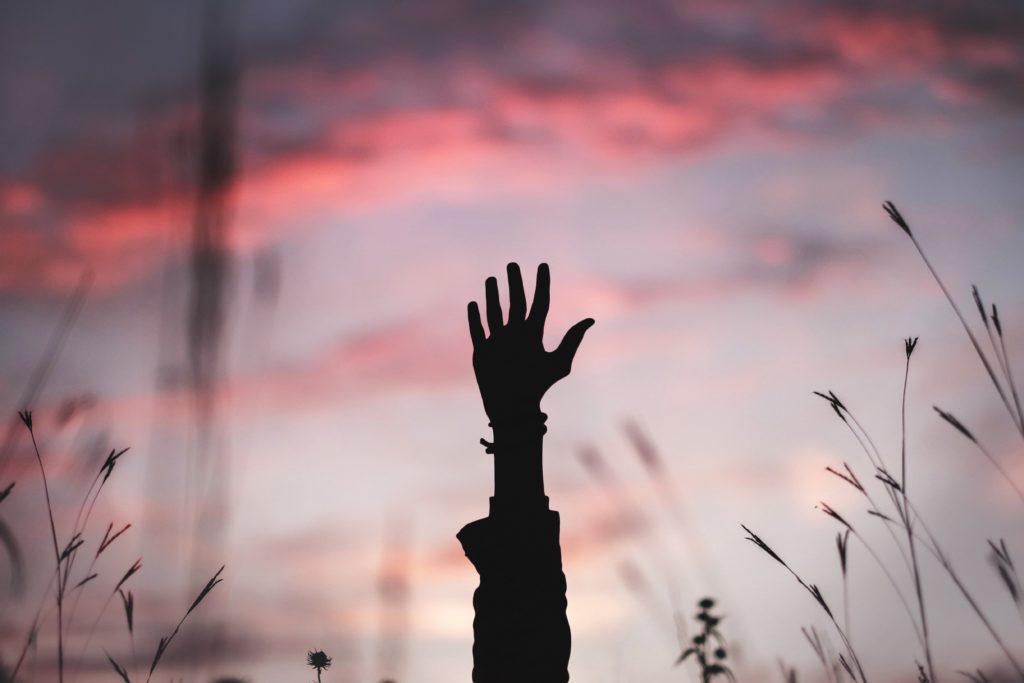 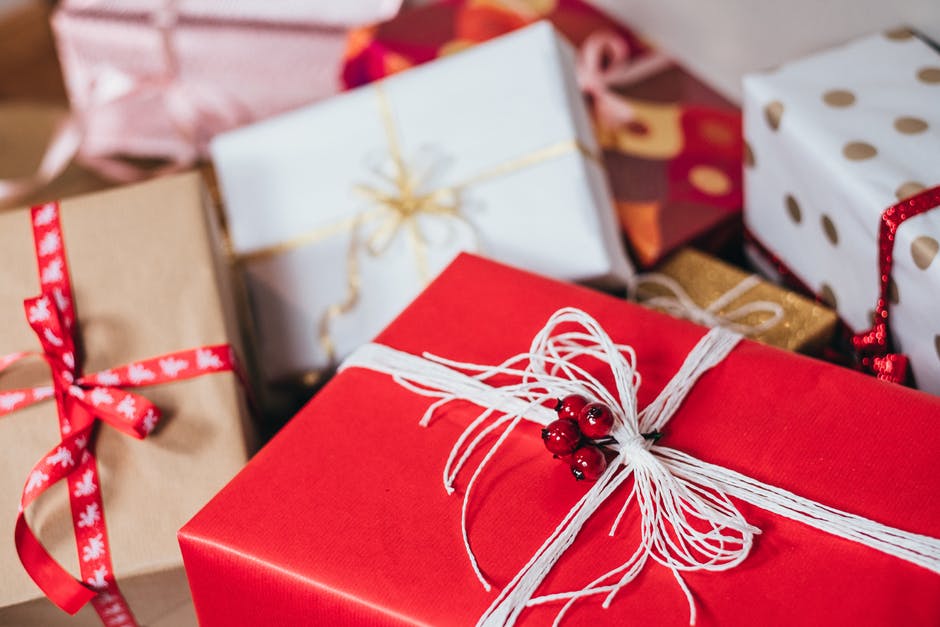 Christmas After Malachi: The Gift of Salvation 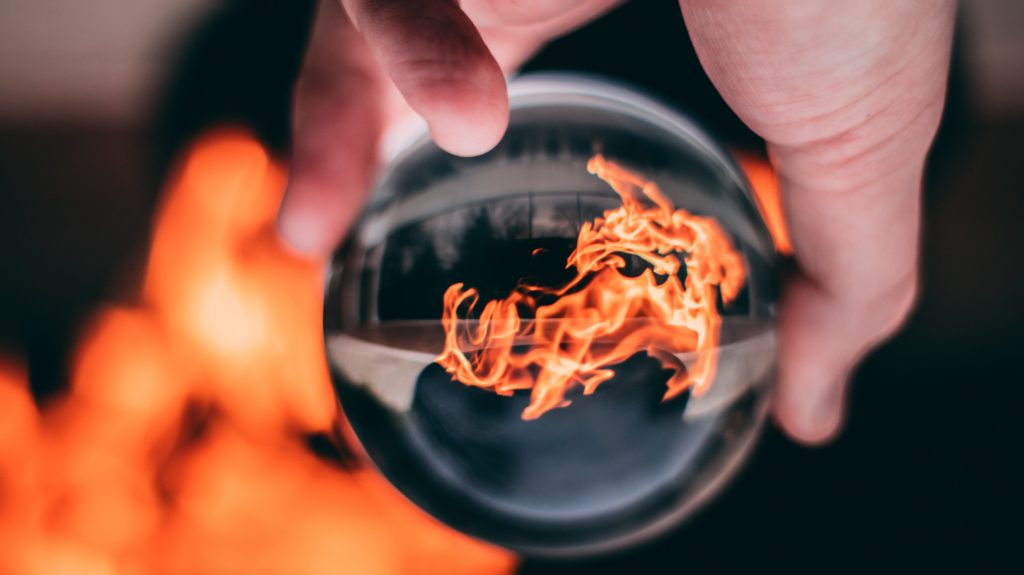