I will not soon forget standing in the cafeteria of a local high school this Feb. 15, one day after the mass shooting at Marjory Stoneman Douglas High School. A day usually celebrated in high school hallways with random acts of kindness and overtly broadcasted expressions of love, now marked by the anniversary of one of the deadliest school shootings, and the deadliest high school shooting, in modern American history. I simply listened as many of the students in my ministry processed together what happened, and nervously evaluated the potential reality in their own lives.

Then, last Wednesday, I joined with the nation to watch as over 2,500 students from Stoneman Douglas High reentered their school doors and returned to the exact place they were the moment their world changed only two weeks prior. I watched in honest amazement as these students braved a world I have never known – a reality that most of us have never known. While my middle and high school years were bookended by the shootings at Columbine High School and Virginia Tech, these events were descriptive, not prescriptive, of my youth. Even growing up in a school system where violence was normative, I never feared the actual possibility of violence on a mass scale. I never sat around a table with my peers, discussing our own plan for safety during a mass shooting.

Yet, this in the new, and very real, cultural climate for students. So much so, that since the tragedy in Florida, high school students all across the country have planned school walkouts in a desire to fight for change. In a few weeks, on March 14, students and organizations have called for a national school walkout day. Students across the nation have been called upon to organize their peers to join this movement – many at the threat of expulsion, suspension, or other punishment. Whether our own cities or towns have been personally affected by a tragedy such as Parkland, our students are now a part of a national conversation.

With politics and positions aside, there is a real, important question before us as youth leaders and parents that we must consider: how do we care for, shepherd, and stand beside our students in the midst of this suffering? Here are a few contrasts I believe will help us begin the conversation.

1. Biblical Narrative/Cultural Narrative
While the desire to protest is multifaceted within man, and we must walk cautious ground in presuming our role in advising as ministry leaders, we can take heart that the desire for justice is good. This current moment in history is an opportunity for us as leaders to grasp the cultural narrative and help our students understand it in light of the biblical narrative.

It is good and right that our students would not become callous to the outworking of evil in the broken kingdom, the Genesis 3 world in which we live. It is also good that they would long for justice over evil. Both of these things are reflections of the biblical narrative that 1) we live in a world that has been broken by sin (Genesis 3), but still yet 2) sin has already been defeated, and one day the world will be restored to perfect order (Rom. 8:18-25). In mourning over sin and fighting for the oppressed, we are giving testimony to both the already and not yet kingdom of God.

However, we often place hope in this current, broken kingdom that it can be the good kingdom now. This is where the cultural narrative and the biblical narrative come to head. It is good and right that our students care for justice because, in so doing, we bear God’s image (Ps. 33:5). Yet, we must hold fast to the truth that full justice – apart from God’s wrath towards His people – will not been completely satisfied until the restoration of God’s perfect kingdom. So, in the midst of tragedy, we have the sweet opportunity to teach a proper theology of suffering to our students. A theology that is different than the world’s. With a proper theology of suffering, our students can come alongside their peers to offer hope to others who mourn with them, knowing that the world is not how God intended it. Our students can place their hope in a structure that will not fail and has actual power to bring evil to an end – the coming kingdom of God.

2. Temporary/Eternal
The good news of the gospel of Jesus Christ is that the victory is won – death is defeated and sin is conquered. This is eternal truth. Yet, we still face the temporary truth of suffering. Far too often, when sharing the gospel with new believers, we give the hope of the eternal and forget to prepare for the temporary. Being grafted into the family of God, means going with the people of God who image the restored kingdom while living in the broken kingdom. It does not mean leaving the fight of the broken world, but joining a new battle. In Philippians 1:29, Paul actually tells the church that not only have they been granted belief for Christ’s sake, but also suffering. Our students, just like us, have been GRANTED suffering. This is not suffering for the sake of suffering, but suffering is actual an opportunity to draw nearer to Christ by forming a deeper longing for our eternal hope. Yet, how do we point our students to the eternal while all they can see around them is the temporary? We point them to the cross and the resurrection. In the cross and resurrection, we find all the assurance we need of the victory found in Christ alone and all the joy we need of the hope of His coming kingdom. When we view suffering in light of the gospel, we see it for what it is – temporary.

My friends, now is not the time for us to cling to our personal preferences, or to hide because of our personal fears. Our students need the church. They are facing the effects of a fallen world in a way many of us never have, and praise God that He has called each one of us to care for His sheep in such a time as this. May we not shy from tough realities, but step into the brokenness with them. May we walk alongside our students as they walk alongside their peers. 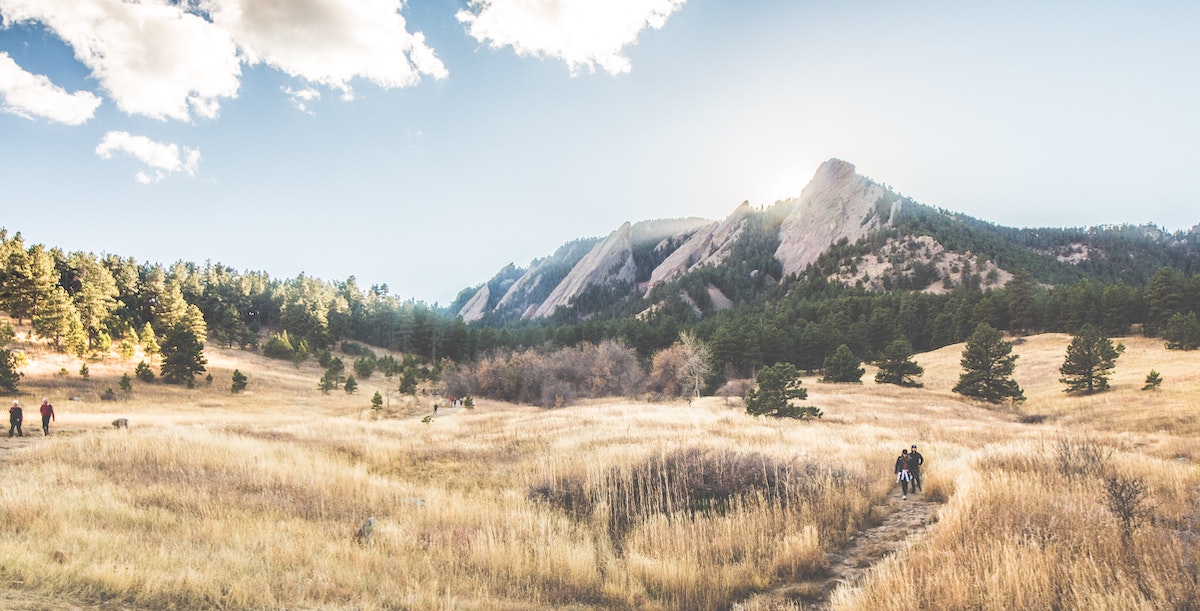