Many of us have felt helpless as we’ve distantly watched the beautiful wilderness in Australia burned down by the worst wildfires the country has seen in decades. These fires began to spark back in July, which is the start of fire season in Australia, and the country is used to experiencing many bush fires during their hot summer months. However, this year the fires have burned longer and hotter, and they have continued to spread. Worst of all, the fires caused many deaths and even more losses of homes and possessions. Along with these tragedies, wildlife experts are growing in concern as the fires are putting in danger many of the beautiful animals in Australia, including the beloved Koala Bear.

Why this matters and how to talk about it with your teen: The Australian wildfires have gained attention from more than just humanitarian groups. It has stirred up debates about climate change as well as humanitarian aid. The reality is that the topic of climate change has gained popularity among Generation Z ever since the spotlight of teenager Greta Thunberg’s work. It might be easy to get caught up in the debate. However, let’s offer two other opportunities for us to engage this story with our students in meaningful ways.

We have an opportunity to show our students how the Scriptures call us to respond to tragedies in light of hope. As image-bearers of God, it should always matter to us when we see other image-bearers hurting no matter how near or far. To see the loss of life and home should first push us to intercessory prayer (1 Timothy 2:1). There is a right and good place for mourning the effects of a broken world (Rom. 12:15), reminding us that this is not how life was meant to be, or how it will be. It should cause us to ask if there is anything more we can do (Matthew 25:36-40).

Second, this is a great opportunity to talk to our teens about Jesus’ teaching in Matthew 6:19-21. Tragedies like these are reminders what it means to store our treasure, our hope, in heaven and not the things of earth. We do not know what tomorrow will bring (James 4:13-14). What if tomorrow we lost our home and all our earthly possessions, how would we respond? The good news for those who are in Christ is that when our treasure is in heaven, it can never be lost, destroyed, or taken from us. It is kept for us in the only place that is truly safe, where we will one day experience it in the restored and redeemed creation!

No sooner had the ball dropped on 2020 than our news feeds flooded with reports of the heightening tension between Iran and America after the death of a high-profile Iranian leader. While many celebrated that this leader was no longer a threat to American safety, many also feared the outpouring of promised retaliation from Iran. For days, our news outlets covered the possible threats to American soil and citizens due to this conflict. Many even worried America’s entrance into a new war. Less than a week later, Iranian forces responded with a bombing on American bases in the area, followed by a reported targeting of four U.S. Embassies.

Why this matters and how to talk about it with your teen: It is easy to forget the reality that today’s teenagers, from middle to high school, have never known a world without war. They were born into a war time and have yet to experience its end. This reality has had a profound effect on the way teenagers respond to news like this. They hear about events like the ones in Iran and can be prone to think it’s just another day. It is becoming increasingly easy for all of us to pass by events like these without a second thought. However, the gospel actually offers us a better way to engage these ever-increasing moments.

Instead of responding in apathy or even fear, try taking the time to ask your teen a simple question: “how does hearing about what is happening make you feel?” Are they scared? Are they nervous? Are they sad? Indifferent? These events actually give us the opportunity to remind teens that death – no matter when, who, or how – is a curse (Gen. 2:17). If the gospel is true, we should mourn death because we know it is the enemy (1 Cor. 15:26).

Second, not only is this an opportunity to talk about death, but true hope. Where are we placing our hope for the future, in our identity as Americans or in our identity in God? This is a chance to remind teenagers of the hope we have in the promises of God, as His people. Through Christ’s resurrection, He has not only offered us salvation but He has defeated death and is reigning in power. God has already placed Jesus above every rule, power, and authority on this earth (Eph. 2). So while the earth will shake, and nations will fall, our foundation is sure!

BOOST: Only a few weeks after the tensions between Iran and America heightened, another story came out about the work of God in Iran. On January 10, Ligonier ministries broadcasted R.C. Sproul’s teaching “What Did Jesus Do?” for the first time in Farsi on satellite TV all throughout the country. This story serves to remind us that God’s gospel is not border-bound, and no matter the tensions or times, God pursues His people and brings His children to His saving grace.

Where do we even begin with this news story? In the course of only a few short weeks, the world has watched as the Duke and Duchess of Sussex – Meghan and Harry – announced they would be stepping down from the royal offices, got the official approval of the queen to do so, lost their royal titles, and moved to Canada to begin their new “normal” lives. This announcement came as a shock to many as Meghan and Harry are arguably the most popular and relatable royals (at least outside of the United Kingdom). Harry said the decision came after much consideration for the health and care of their growing family. Meghan and Harry have both been unspoken about their frustration with their treatment from the media and are hoping this move from the royal spotlight will subvert that media attention.

Why this matters and how to talk about it with your teen: Whether you think it’s crazy or not to follow the lives of complete strangers so closely, the fact is your teens probably are. While many teenagers don’t watch the news closely, they are feeding off social media news daily and celebrity gossip is at the top of that list. So while they may not be talking about it, it is a safe bet to say they know about it. So why not take this opportunity to talk to your teen about family?

Whether we agree with the decision or not, one of the biggest realties of this decision for the Sussexes is that, in essence, Harry is losing his family name and cutting several familial ties. While he is by no means being disowned from the royal family, he is surrendering many of the rights and privileges of being a royal. There are many great gospel ties you can draw into the conversation with your teen. You can talk about the significance of a name. The weight of the royal title is significant because it comes with rights, privileges, and responsibilities. This is also true of our identity as God’s children. God’s name is honored and revered all throughout Scripture. There is a deep significance to the name of God. Knowing the importance and meaning of the name of God, how should that change the way we view the gift of bearing God’s name as His adopted child?

This news story probably does not need much explanation. If you have listened to the news, radio, or daytime TV at all over the last several months, you have heard all about the back-and-forth of the presidential impeachment. After a hearing in the House of Representatives in December, President Donald J. Trump was formally impeached by the House on December 18th on the charges of abuse of power and obstruction of justice. After several weeks of deliberations, those charges have been brought before the Senate to officially be tried. On January 22, the official Senate trial began. This trial will result in either the conviction and removal from office of the president, or the full acquittal of the charges brought against him.

Why this matters and how to talk about it with your teen: The truth is that no matter what side of the debate you land on, this current moment in our country is one of historical precedent. When the impeachment was voted on in December, President Trump became only the third president in the history of America to be impeached. Also, this is only the second time an impeachment trial has been available via broadcast for American citizens. So while teenagers will vary in interest levels from curious to could-not-care-less, this moment in history gives us the opportunity to speak to our teenagers about authority.

The Bible tells us a great deal about how we are to submit to our authorities (1 Peter 2) and how our authorities have actually come from God Himself (Rom. 13:1). So while we may be experiencing frustrations with our president or representatives, or we may feel disappointed in the whole system, we can trust that God is ultimately in control and is somehow using this for His purpose. We have an opportunity here to remind our students about God’s final and full authority over all power and rule (Ephesians 2). God has placed all things in subjection to Christ, including His church. So no matter the state of our government or leaders, we do not have to fear the outcome. Our allegiance is first to Christ and His rule will never fail.

You Won’t Want to Miss

A Senior high school football player leaves behind his team as they run onto the field, and takes a moment to honor his grandmother with flowers. His grandmother is fighting cancer, and he wanted to honor her sacrifice for him through giving her this heart-warming tribute in the football stands: https://www.youtube.com/watch?v=jsY2rxUTchY

Miller Twin Smiles: After tragically losing their one-year-old in a drowning accident almost two-years ago, this video shared by Morgan Miller was a sweet reminder of hope from the rubble. In her Instagram post, Morgan shares the beautiful smiles of the couple’s twin boys: https://www.instagram.com/p/B7l4XW5j4WP/

Gospel-Centered Resources for Dealing with Coronavirus 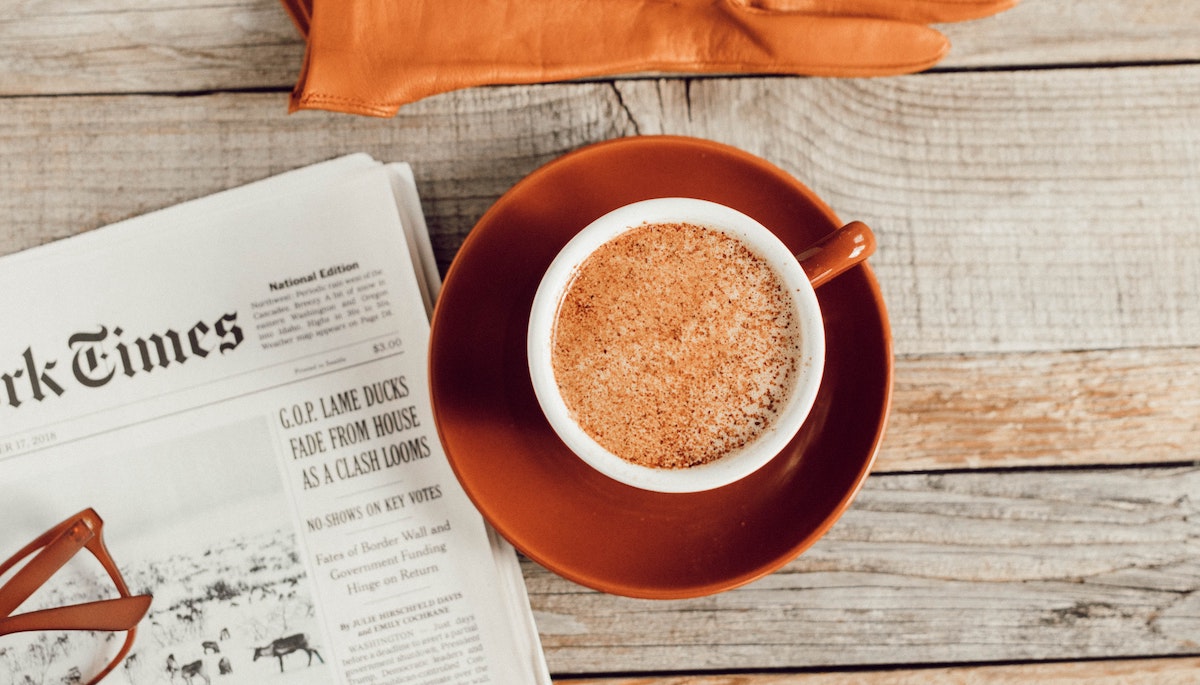 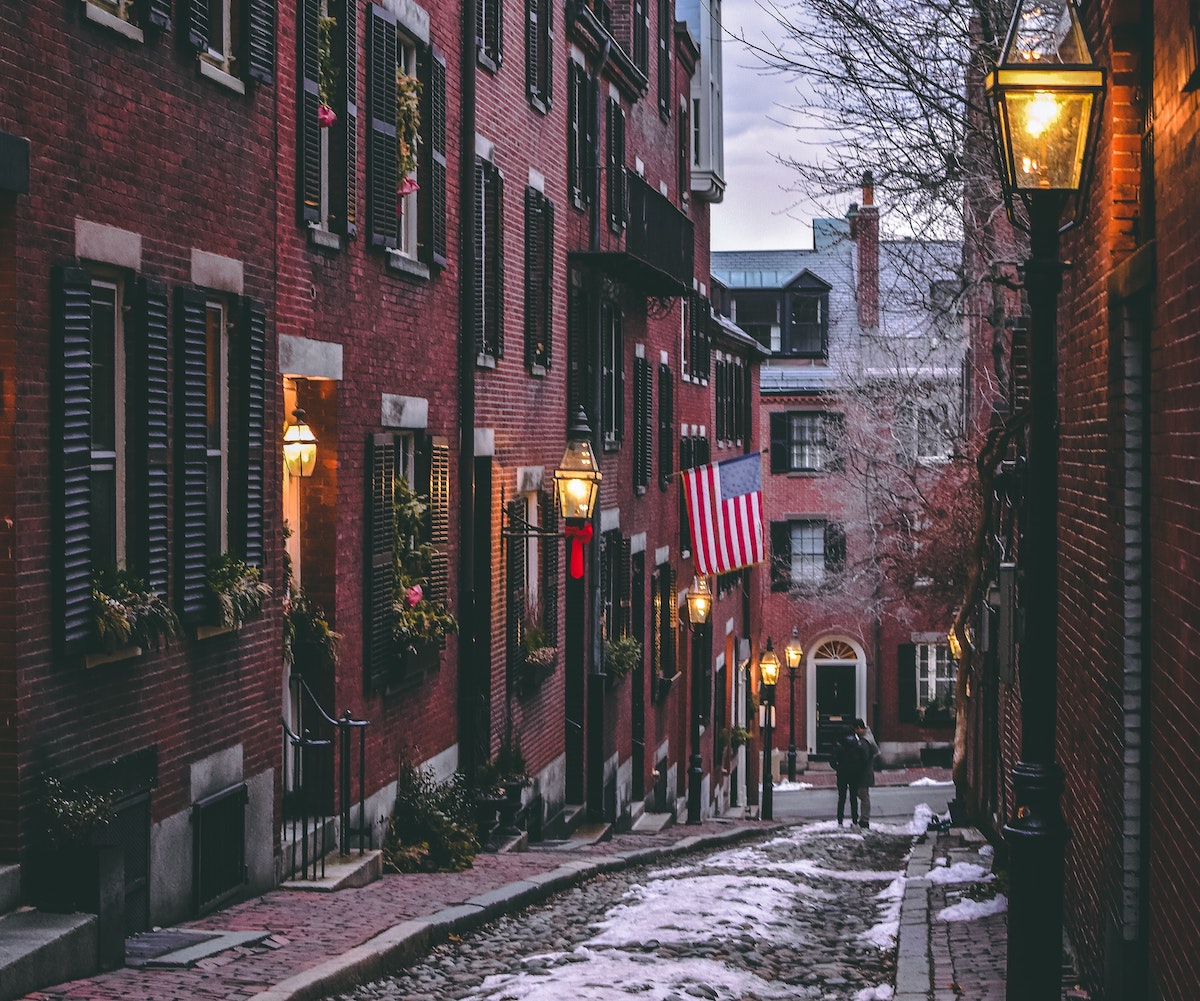 Hope This Helps: J-Curve and Being In Harvard or In Christ

How to Prepare Adult Leaders for a Gospel-Centered Retreat