I recently interviewed for a new ministry position at an established church. The previous youth minister served for more than 27 years in the position. This was a flagship ministry serving hundreds of teenagers and their families. Despite health in so many areas, Bible studies, especially independent Bible reading, were apparently lagging. This basic reality represents many churches throughout the United States.

It really shouldn’t surprise anyone in youth ministry. What we see in youth ministries reflects overall teen illiteracy. The Organization for Economic Cooperation and Development reported in 2011 that America was the only nation surveyed with a generation less well-educated than the previous generation. But if you have served in a ministry to adolescents, you don’t need convincing of this fact.

You might be scratching your head, though, at the reverse trend in young adults. Social media continues to explode in popularity among teenagers. Maybe teen literacy is down, but that age group has no problem reading tweets of 140 characters or less. In 2011, teens sent and received an average of more than 3,800 texts a month. That’s about 120 a day. Likely with more apps that number has grown. Youth seem willing and able to read. Is there a reason they aren’t reading the Bible? I think so.

It would be easy to point out myriad reasons for Bible illiteracy among teens, but I want to focus on one reason. Years ago, when youth ministry first began, it was amissional movement. It considered the mission of the church and responded the way a missionary would respond. It saw churches losing teenagers and asked, “Where did they go?” The answer was the mission. Wherever young people went, that’s where youth ministry thrived.

As youth ministry evolved, it manifested what Frost and Hirsch wrote about in “The Shaping of Things to Come.” The “bounded set” and the “centered set” demonstrate a drift in the mission of youth ministries. The bounded set is like a fence, keeping the right things in and the wrong things out. The authors liken this to cattle ranchers that build fences. The centered set is more like free-roaming grazing. What keeps the animals centered are the necessary materials for life like food and water. Youth ministries struggle for balance in these principles. They want to go where the teens are and reach them, but they want them bounded to the church, separate from troubling outside sources. Out of balance, youth ministries become closed sources.

Examples exist throughout teen culture. The most obvious is Bible studies. For most youth ministries, Bible study is a bounded set. It walls itself off from teen culture. While absolutely relevant to the lives of teenagers, it is delivered our way, not theirs.

Rewind to my interview. The search team in my interview asked what I could do to help their Bible literacy problem. After asking what they currently did, which was handing out a week of printed devotionals at each youth meeting, I started asking questions. How many teens read the sheets? What if a youth missed the meeting? What are teens already reading?

The solution became clear through that series of questions. Most teens read on their smartphones. It’s likely the first thing they see in the morning and often the last thing they check before sleeping. At this local youth ministry, teenagers gather around Instagram. It was their centered set. The youth ministry created a profile and began posting devotionals through Instagram. All devotionals were sent daily, early in the morning, right about the time teenagers would be getting ready for school. The content centered on a short phrase that was evocative and memorable, emblazoned on an image that was equally compelling. The image was supported by a short lesson and Scripture reading. Finally, the image and text were replicated on different social media platforms (Facebook was the preferred hangout of parents). It was a missionary solution.

The results were predictable. After four weeks, the youth group had 231 followers on their Instagram account in a youth group of 219. Each post received an average of 30 to 45 likes. Youth leaders began hearing stories, not just of teenagers reading the posts, but sharing them. One story even described a mother and daughter who read the posts independently and talked about it on the way to school.

If you would like to try this, you can see examples or freely borrow posts from the Instagram feed: therealmumcy. Images and text were created using Canva (canva.com), a free, super-easy to use graphics program. The best time for posting tended to be between 6:30 and 6:45 a.m. 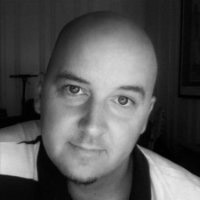 Paul Martin is a pastor, writer, musician and designer living in Charlotte, N.C. A writer for various youth ministry publications and author of “Masterpiece The Art of Disciplining Youth,” Paul helps youth workers and teenagers find their identity in Christ through discipleship. Follow him @PaulMartinYP and Instagram: therealmumcy

Additional Articles Why We Need Youth Ministry Grace, Numbers, and Value View All