God, the Promise-Keeper for Teenagers (and all of us)

God, the Promise-Keeper for Teenagers (and all of us)

Promises are easy to make but hard to keep. I am sure that most of us know this all too well, especially from our time as teenagers. We’ve made pinky promises, secret handshakes with friends, gotten guarantees and witnessed vows exchanged. But we have also seen guarantees fall through, friends become enemies, empty promises and covenants breached. So some of us have become jaded, cynical, and skeptical, and many of our students are in the same boat.

God makes promises to us throughout scripture. But many of us have trouble really believing that God will actually do the things that He says. For those us who find it difficult to trust in God, His word, His promises, plans, and will, perhaps Advent is how God wants to remind us.

God made promises through people. Prophets spoke not of what might be, but of what will be. The prophecies that we read during Christmas time are guarantees of a reality. In other words, prophecies are promises. In Isaiah 11, God makes a promise to His people.

Even the best of his people’s kings had fallen short. So God promises His people a future King who will be “a shoot from the stump of Jesse” (v.1)—not King David, but a greater David. Greater how? This future King would have the “Spirit of the LORD rest upon Him” (v.2). A king with the Spirit of God.

Former kings did their best with what they had but God says in Isaiah that the promised King will rule perfectly. He will have eyes to see and ears to hear like the other kings, but He will care for the people uniquely (v.3-4). The coming King that Isaiah speaks of is characterized by righteousness and faithfulness (v.5)—both of which are from the same word, meaning trustworthy. God promises a future King who is different and greater than all other kings.

Every king has a kingdom and Isaiah elaborates on the promise of the kingdom. In the kingdom to come, something strange will happen: farm animals will peacefully interact with wild animals; predators and prey will live in harmony; carnivores will become herbivores (v.6-7). Since the animals will change, it will be so safe that babies can play with venomous snakes (v.8). The new kingdom is transformed to a place of complete harmony and safety. God promised not just a perfect King but a renewed kingdom.

God does not just make promises (like those in Isaiah), He keeps them. When God spoke though through the prophet Isaiah, every word was going to come into fruition. Although hundreds of years span between Isaiah and Matthew, at just the right time, on a silent and holy night, God kept His promise.

What is fascinating in Isaiah 11 is that in verse 1, the future King is described as the “shoot of Jesse” but in verse 10, the same King is described as “the root of Jesse.” So how could a King be both a descendent and an ancestor? Jesus Christ came into the world as the shoot and the root. When God said that a King would be given, it would be God Himself who would come down in the form of a baby.

What Do Promises Mean For Christmas?

The significance of Christmas is not just that Jesus is a gift but that God is a promise-keeper. God kept the promise of promises—and this has major implications for both us and our students.

1.) Christmas Gives Us A King We Can Trust.

Do you find it hard to put faith in God? Do you have trouble believing what God says? Look at the promise God kept to us in the birth of Christ (not to mention his life and death). Christmas should reinforce our trust in God. When God says that we will have peace and wisdom if we ask, we can believe Him. When God says that we are forgiven, loved, and fully accepted in Christ, that is a reality. When God says there is joy in obedience, there is power in weakness, joy in suffering, and life in death, it is a guarantee. We can trust God because God keeps the promises He makes.

2.) Christmas Gives Us A Kingdom of Hope.

Have you become pessimistic and jaded to the point where you believe that this is how things will be forever? Perhaps you have given up on others—friends, family members, or even yourself. Maybe there is a particular situation or circumstance where you think nothing will ever change. Christmas gives us hope. Jesus did not just speak of a Kingdom that is coming, Jesus said the Kingdom is already here because the King has already arrived. However, it is also evident that we are not yet in the world that Isaiah spoke of. If Jesus became like us, at Christmas, then perhaps He is making us like Him.

God makes a promise thousands of years ago and on Christmas we look back to remember that God kept it. We can trust Him even when times are hard because He does what He says. We can have hope in any circumstance because if God entered the world – in exactly the manner He said He would, hundreds of years prior – that means he is still fulfilling all of his scriptural promises, to one day make all things new. If you have difficulty trusting God or you lack hope, perhaps the promise of Christmas is just what you need. 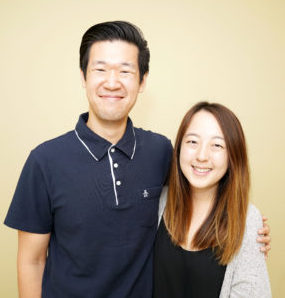 Chris has been doing youth ministry for the last 5 years and got his M.Div. from Talbot School of Theology. He and his wife Jessica live in Orange County where he serves as the Director of Student Ministry at Living Hope Community Church in Brea, CA. Chris enjoys reading, sports, rap music, shows, movies and coffee.