To preface, I am traditionally a Disney-Pixar hater. I don’t enjoy animation, the message is always cheesy, some of them have musical numbers, and they’re just…meh. But recently I stumbled across a quote from Chris Pratt, co-star of Onward, calling it the ultimate “man cry movie.” He said he hoped it would teach young boys “to start learning emotional intelligence,” and understand that “it’s okay for them to openly love, to be emotional. These are healthy, natural things.” Needless to say, I felt challenged. And intrigued.

And cry I did.

All pettiness aside, I fall into the film’s target audience: I’m a male, I have brothers, and my dad died when I was young. Of course, this criteria is not the norm for most people, so while the movie probably resonates with me in a unique way, Chris Pratt’s point stands: Onward forces the audience to sit in hard emotions.

A story about two elf brothers on a magical quest to revive their dead father might sound silly on the surface. But director Dan Scanlon — who lost his own father when he was young — manages to weave complicated feelings into a fun and feel-good story. With that in mind, here are three reasons you and your family should see Onward (now available to stream on Disney Plus).

For Ian and Barley Lightfoot, our two leading elves, teenage life without a father is a daily but difficult burden. Without getting too Freudian, both boys clearly carry the weight of their father’s loss, even after sixteen years. Ian, the youngest, never met his dad, but is excited to finally fit into one of his old college sweatshirts. He wants to be like dad, even making a checklist of his flaws, which contrast sharply against all the good things he’s heard about his dad. If only I could be more like dad, life would be so much better, he thinks.

From what he’s heard, his dad—confident, funny, and flaunting purple socks—represents everything he is not, which only torments him further. Driven by haunting inadequacy, Ian is afraid of everything, too scared to socialize, learn to drive, or believe in himself for most of the movie.

Barley, meanwhile, has grieved in the exact opposite way. He chooses to harden himself and fear nothing; he constantly rebels, immerses himself in fantasy game worlds, and hides behind a tough exterior that begins to crack as the movie develops. As extreme foils, these two brothers represent two of the many ways we can respond to loss, grief, and the longing for the love of a father.

Though this can be a difficult truth to see or swallow, acknowledging the failure of our earthly fathers is an important step to accepting the eternal embrace of our Father in heaven. While Onward doesn’t lead us directly to God’s love, it does open the door for viewers to wrestle with their own challenging father relationships, or lack thereof.

But take heart! Even as tears stream down the cheeks of those broken by their fathers, God promises so much more: “See what kind of love the Father has given to us, that we should be called children of God; and so we are. The reason why the world does not know us is that it did not know him. Beloved, we are God’s children now, and what we will be has not yet appeared; but we know that when he appears we shall be like Him, because we shall see Him as He is” (1 John 3:1-2).

The Bond of Brothers

Growing up with two younger brothers, I understand Ian and Barley’s relationship all too well. It has seemed at times like God created younger brothers simply for the purpose of tormenting the older brother, and vice versa. I can only imagine sisters feel the same. I can’t count the number of times my mom read to us from Psalm 133: “Behold, how good and pleasant it is when brothers dwell in unity!” As any parent or sibling knows, this often sounds like wishful thinking.

The Lightfoots (Lightfeet?) are no different, and the audience relives many stages of their own childhood with siblings through Ian and Barley’s relationship. First, Ian is embarrassed by his big brother, Barley, characterized as the “screw-up.” He’s currently living “the world’s longest gap year” (as an exasperated Mrs. Lightfoot puts it), and is obsessed with fantasy games, building a grungy van, breaking the law, and embarrassing Ian. As they embark on their quest, we see an evolution from shame to tentative trust, back to embarrassment, then joy, self-sacrifice, and true brotherly affection. They learn not to see just the weaknesses in one another, but instead to accept and love one another as they are.

In short, Ian and Barley embody so many of the sibling shortcomings we’ve all experienced, but they also learn how to care deeply for each other with the gracious love of a brother, annoyances and all. Though we’re often blind to it, brothers and sisters — both by birth and in Christ — are one of God’s greatest gifts to us, and we shouldn’t take them for granted.

Hope in the Brokenness

Ultimately, Onward leads us to look inward, to wrestle with the loss, pain, grief, and tears of our own families rather than simply “moving on.” At the same time, the film invites us to see the beauty and potential in even the most broken homes. Not only do the brothers come together, but in the absence of a dad, Mama Lightfoot exemplifies the nervous but relentless love of so many moms.

As Christians, we can walk away with an even greater hope than a healed earthly family. Though we each carry an incalculable father wound, we are greeted by the eternal love of our Father in heaven. Though we each experience brokenness with our siblings, we believe in a Messiah who came to earth and now calls us “brothers” and co-heirs of eternity (Heb. 2:10-13).

As with many of the best human stories, Onward finds inspiration from the self-sacrificial love of Jesus. In the climax, one brother chooses to sacrifice the one thing he has always dreamed of, all for the sake of the other. Unmistakably, we see Christ-like love in action. Jesus not only loves us with the perfect love of a brother, but He willingly sacrificed Himself, His life, and His pleasure in exchange for us, annoyances and all.

No matter how broken our homes, hearts, and relationships may be, God never leaves us alone. Whether through siblings, mothers, or even His very presence, God remains faithful in every heartache, and we know that one day we will be welcomed into His perfect, eternal family in heaven as beloved sons and daughters.

As we sit in the “already, but the not yet,” Onward offers one more glimpse of hope. In arguably the most moving scene, Ian, Barley, and half of their dad (don’t ask) dance together and experience for a split second what family could have looked like, full of laughter, goofiness, and knowing looks. But even still, this moment is incomplete. The brokenness remains. Not only is their dad’s top half missing, but their mother is absent, frantically looking for her boys, and the moment lasts barely 30 seconds. So whether or not you’ve experienced one of these picturesque moments, these perfect moments, remember that it is incomplete–it is only a moment.

But mothers and fathers, brothers and sisters, greater joys await. One day, there will be praises sung and dances danced for all eternity. Tears will be wiped away, every broken heart will be healed, and we will find fullness and restoration in fellowship with God’s holy family.

In the midst of widespread quarantine, watching Onward as a family is a wonderful way to laugh and cry together. Further, it opens the door for powerful and emotional discussion that can be hard for families to come by, so here are some open-ended questions to get the ball rolling if you want to collectively process aloud:

After graduating from Davidson College, where he studied history and religious studies, Mac Harris worked for a year as a Charlotte Fellow. He has served as a youth intern at Cathedral Church of the Advent and Brookwood Baptist Church, and just started seminary at RTS-Charlotte. An avid Alabama football fan, Mac also enjoys fly fishing, ultimate frisbee, and Bojangles’ fried chicken. 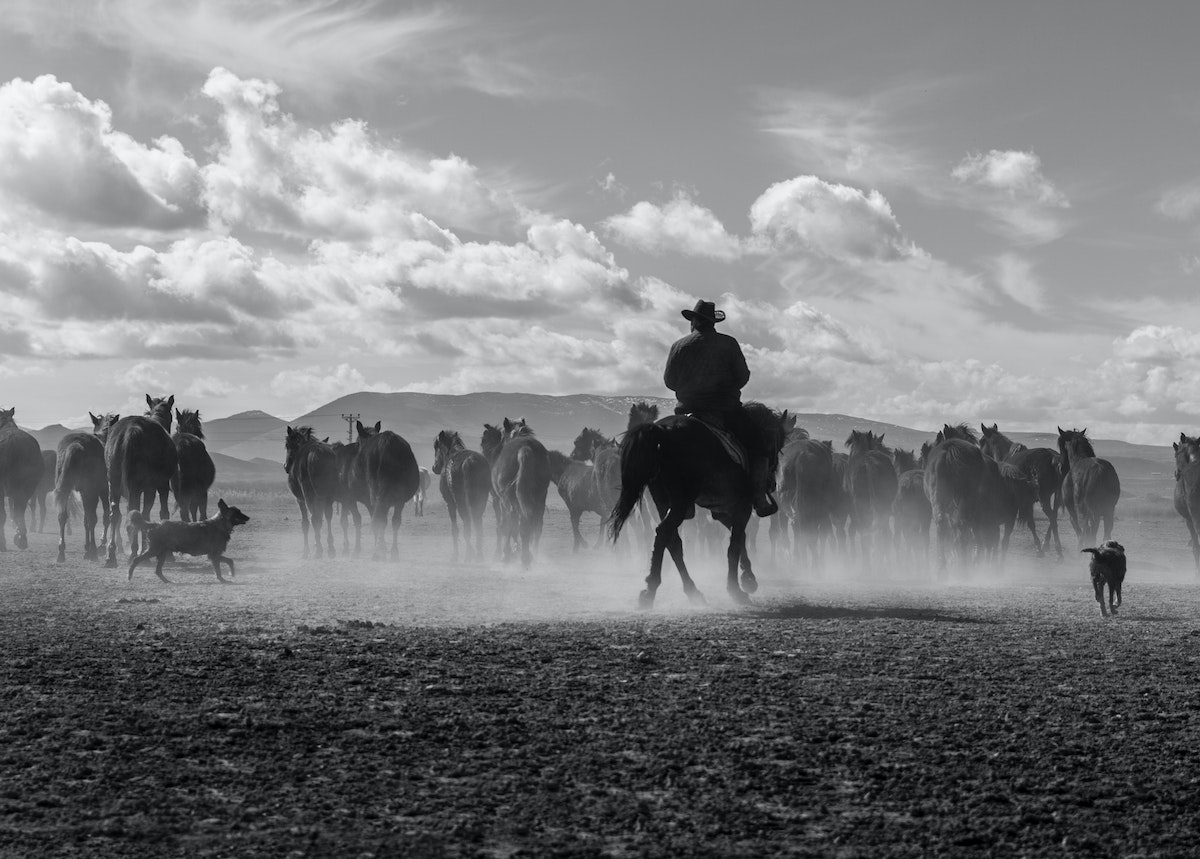 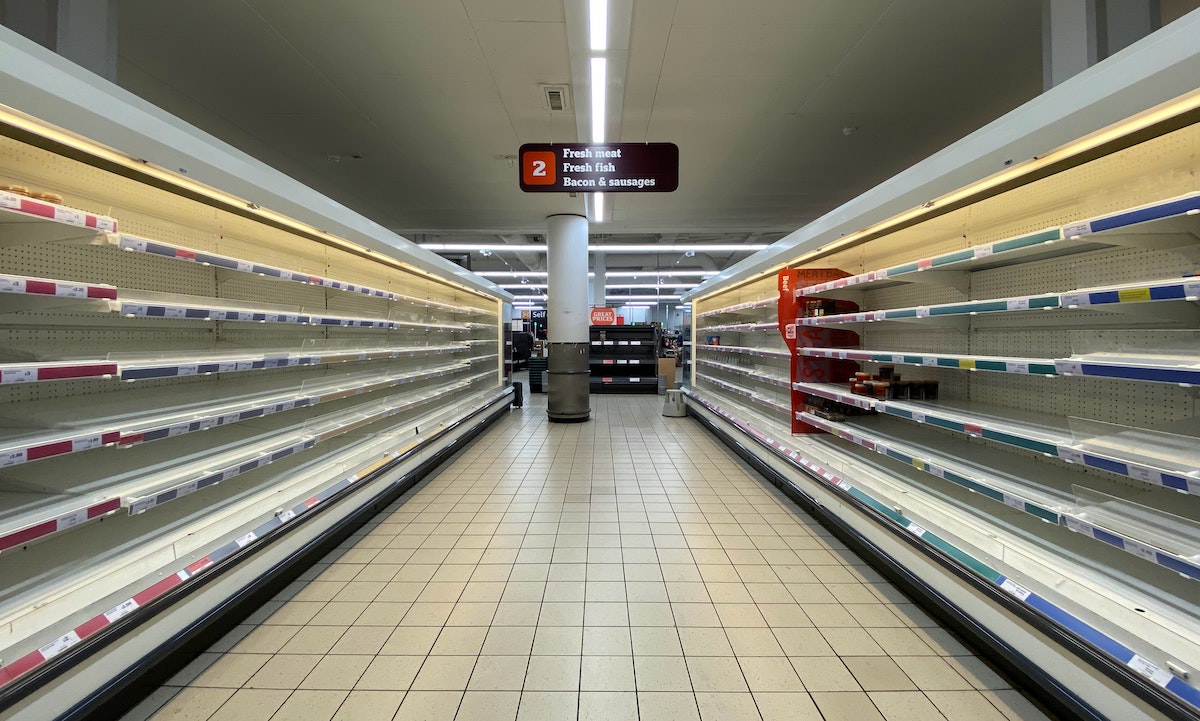 When Normal Disappears: Five Ways Parents Can Cope with the Pandemic’s Uncertainty 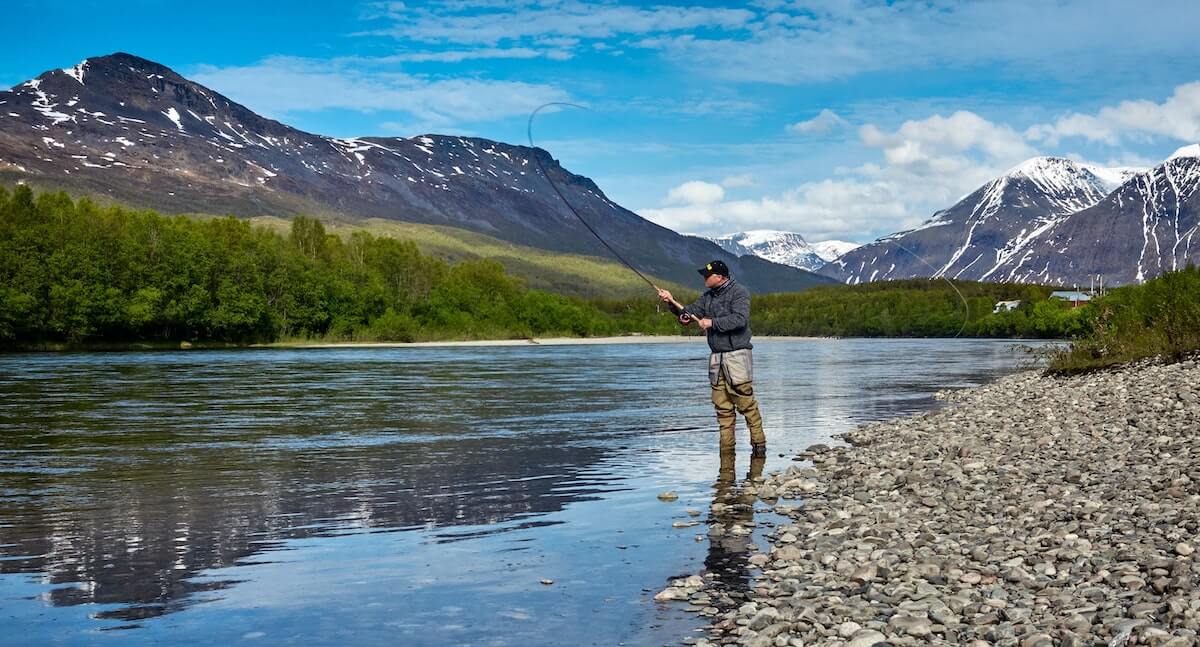 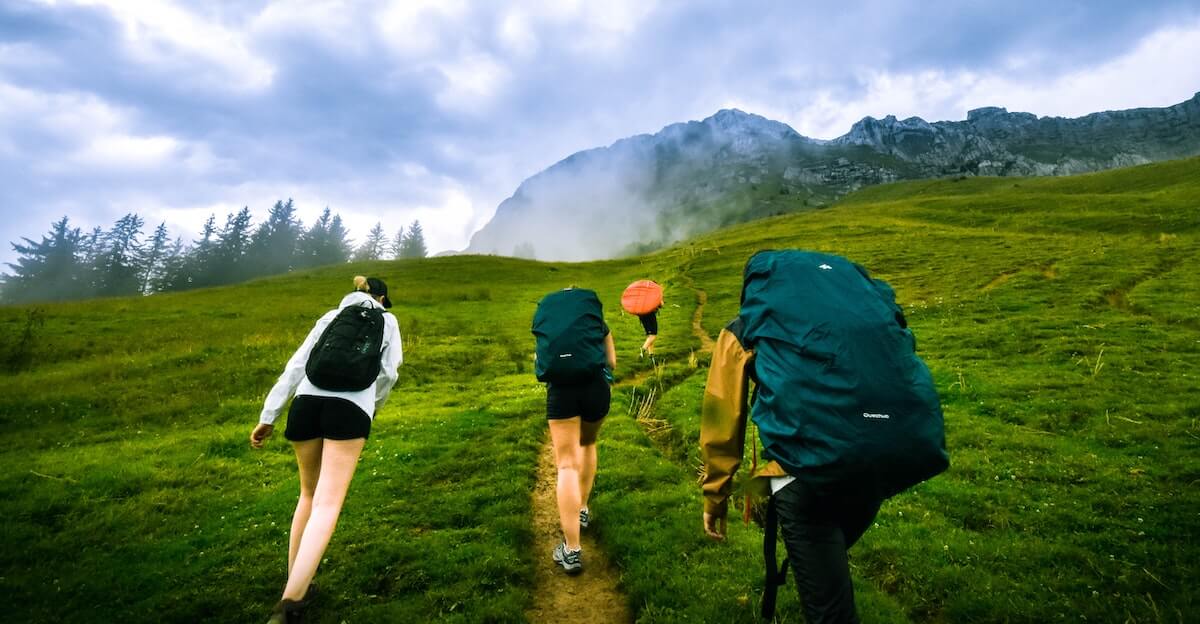 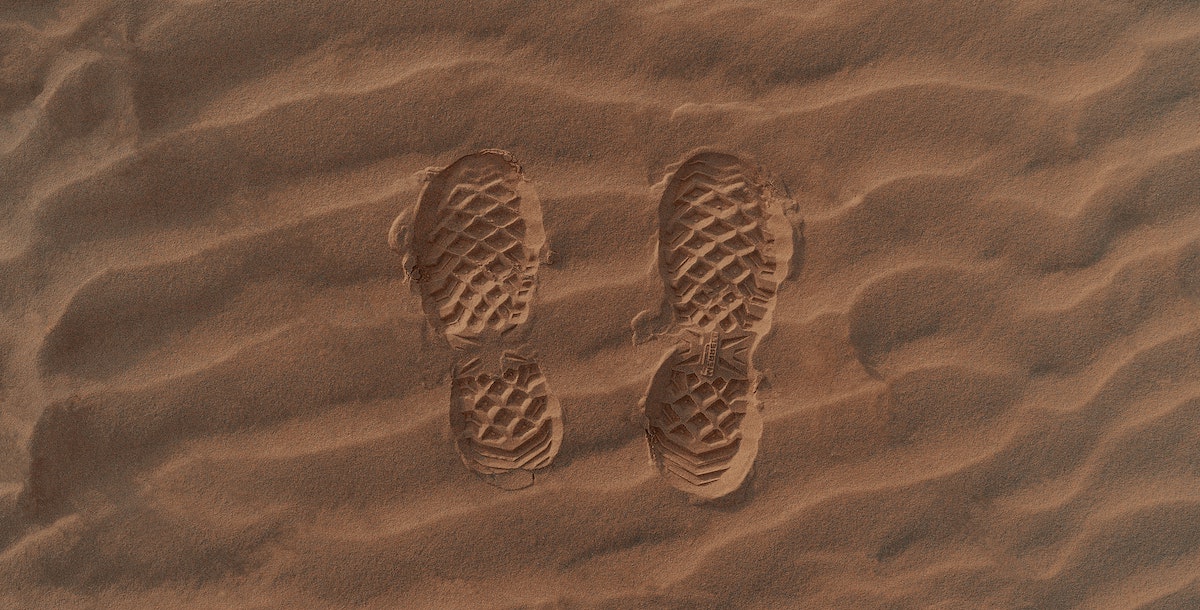 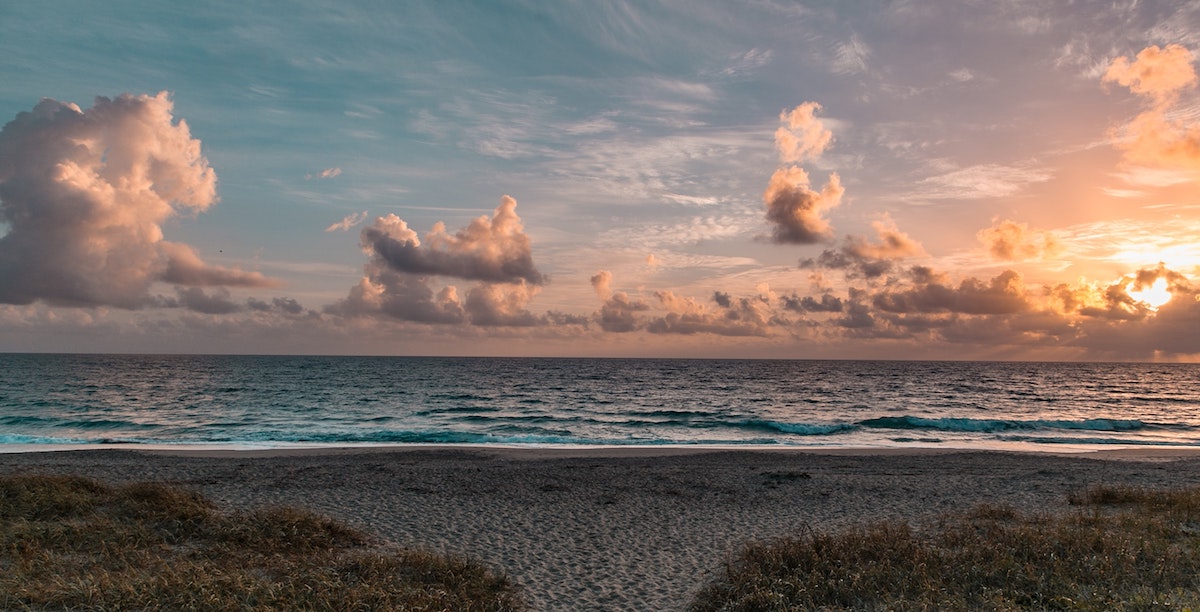 Therefore I Have Hope- A Video Devotion Series with Cameron Cole, Part Three