This week, Rooted wants to spend some time addressing the “Mean Girl” culture common amongst many middle and high school students. We started the week with counselor Alice Churnock’s educational article, pairing it with an experienced mother’s perspective. Now, we look at the issue from the perspective of an experienced youth pastor, Chelsea Erickson.

Mean Girls. The 2004 blockbuster by the same name made them iconic and shamelessly cool. More than a decade later, middle and high school girls still reference infamous lines like “You can’t sit with us!” and “On Wednesdays, we wear pink,” with surprising regularity. Ultimately though, fans of the movie cheer when head mean girl Regina George gets what’s coming to her—a bus runs her over, leaving her in a head gear-like neck brace just in time for prom.

In a world where good girls seem to finish last, there’s something therapeutic about seeing the tables turned. But if the gospel of grace is to reign in our churches and youth ministries, then mean girls shouldn’t get what they deserve. One of my former middle schoolers taught me this in a profound way.

I’m no stranger to coaching girls through drama they experience at school, but I had never encountered overt mean-girl activity in my youth group until a couple of years ago.

It was textbook case drama that all started when one of our girls worked to become the queen bee. On the outside, she appeared to have everything going for her: She was bright, athletic, and beautiful. But inside she struggled to feel included and special. She vied for position in the group by making alliances and pitting girls against one another. Several of the girls retaliated, and others scrambled to offer support to both sides. In a final mean-girl power play, the girl shared a secret that left one of the other girls feeling exposed in the group.

Hoping to foster healthy relationships, a lay leader and I sat down with several of the girls involved. We wanted to establish a culture of courage and grace, and also to set the tone that we were well aware of the drama unfolding.

The meeting was nothing short of explosive. It started with yelling, talking over one another, and closed body language. I began to second-guess the talk-it-out method. The other leader and I tried to provide cues for expressing feelings, only to have the girls yell at one another over us. I was silently praying, wondering whether we should just call it quits.

And then, suddenly, came these gracious words:

It was a humble peace offering from the girl who had been most deeply wronged, grace heaped upon the chief offender.

She continued quietly, “but your words and actions did hurt me. I hope we can start over, but I’m not sure how.”

It was a beautiful moment in ministry, one of those (many) times when the student surpasses her teacher in godly wisdom and gentleness. I was in awe of the grace poured out on this other student—one who desperately needed to understand God’s love for her in Christ.

Over the next few weeks, I watched in awe as the girls did in fact start over in their friendship. Tentatively at first, they sat together during youth group. And that seed of grace was like the seed of the kingdom that Jesus talks about in Matthew 13:31-32: A tiny mustard seed grows into a flowering tree. A few months later, the student who had received grace from her peer expressed her new understanding of God’s grace in Christ. One girl’s gracious word led to another girl’s saying “yes” to following Jesus!

With that powerful experience in view, here are a few suggestions for addressing mean-girl behavior in your ministry (no trust falls required!):

1.) Talk one-on-one first. Let each girl know that you’re for her, but that you won’t tolerate mean-girl behavior at youth group. Listen to her story and give her some things to think about before everyone sits down together. You might read Titus 3:1-7, Ephesians 2:4-10, or Romans 5:6-8 together (or encourage her to read these on her own). Pray with her and thank God that He extends grace to us in Jesus, even though we have wronged him.

2.) Talk with parents. It’s generally a good practice to let parents know before any sort of confrontation or conflict mediation. When you do, be careful not to break the confidence of girls who have shared with you, unless you have concerns that they could hurt themselves or someone else. Even without sharing all the details, you can let parents know your intent in gathering the girls to work through conflict. They may have insight into the situation that factors into your mediation. Express your love for their daughter and your desire for her to continue growing in Christ, even through conflict.

3.) Consider a group meeting. In our case, we didn’t include all of the girls in the youth group, most of whom had been pulled into the drama at some level. We specifically met with a handful of girls who had engaged in mean-girl behavior or been injured by it directly. Several of the girls who weren’t included in the meeting expressed later that they felt relieved adults were intervening. Parents thanked us for addressing the issues. Taking action in this way is a powerful tool to communicate care for the whole group. Prepare your mind and heart for this time to be messy, but remember that God loves to restore what is broken!

4.) Follow up personally. Thank each girl for taking part in a difficult conversation. Affirm her for whatever she did well: being courageous to come, extending grace to another girl, or taking responsibility for her actions—find something positive and highlight how God was with her to enable her courage. Make yourself available to talk and pray again whenever she needs support. Tell her how much she means to you and to the group as a whole. Remind her that Jesus loves her and gave himself for her on the cross.

In our broken world, mean-girl behavior is often normalized. But as girls seeking power receive grace in our youth ministries, we pray they will extend kingdom welcome to one another exclaiming, “You can sit with us!”

HTH: Parenting in the Age of Relational Aggression and Mean Girl Culture: Jen Wilkin on Raising Girls Who Speak the Truth 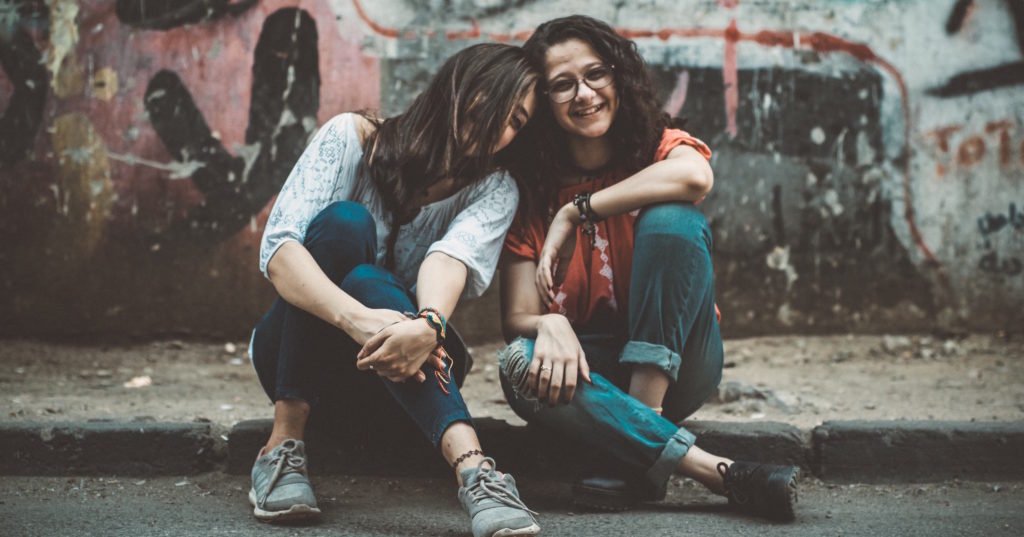 Parenting in the Age of Relational Aggression and the Mean Girl Culture: Thoughts on Alice Churnock’s Article