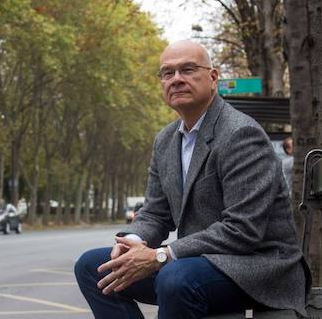 Timothy Keller will open Rooted 2020 with a video greeting. He is the founding pastor of Redeemer Presbyterian Church in Manhattan, which he started in 1989 with his wife, Kathy, and three young sons.  For 28 years he led a diverse congregation of young professionals that grew to a weekly attendance of over 5,000.

He is also the Chairman & Co-Founder of Redeemer City to City (CTC), which starts new churches in New York and other global cities, and publishes books and resources for ministry in an urban environment. In 2017 Dr. Keller transitioned to CTC full time to teach and mentor church planters and seminary students through a joint venture with Reformed Theological Seminary’s (RTS), the City Ministry Program. He also works with CTC’s global affiliates to launch church planting movements.

Dr. Keller’s books, including the New York Times bestselling The Reason for God and The Prodigal God, have sold over 2 million copies and been translated into 25 languages. 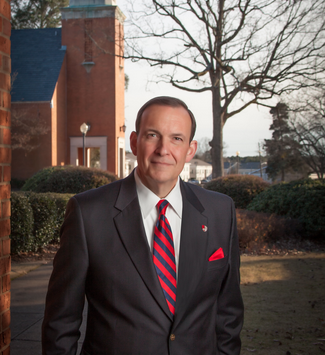 Ligon Duncan is the Chancellor/CEO of Reformed Theological Seminary and the John E. Richards Professor of Systematic and Historical Theology.  A 1983 graduate of Furman University (B.A. History), he received the M.Div. and M.A. (Historical Theology) from Covenant Theological Seminary. He earned the Ph.D. from the University of Edinburgh, New College, Scotland, in 1995. Ligon’s pastoral experience now spans three decades and four congregations, including the historic First Presbyterian Church, Jackson, Miss., where he served almost 18 years.

Ligon has authored, co-authored, edited or contributed to more than 35 books.  Along with his friends Mark Dever, Al Mohler, and C.J. Mahaney (joined by John Piper, John Macarthur, and R.C. Sproul) Duncan co-founded Together for the Gospel (“T4G”) in 2006. T4G has become a major catalyst for the young reformed resurgence. He is also the founder and chairman of Reformed Academic Press. Ligon and his wife Anne have two teenagers and reside in Jackson, Miss. 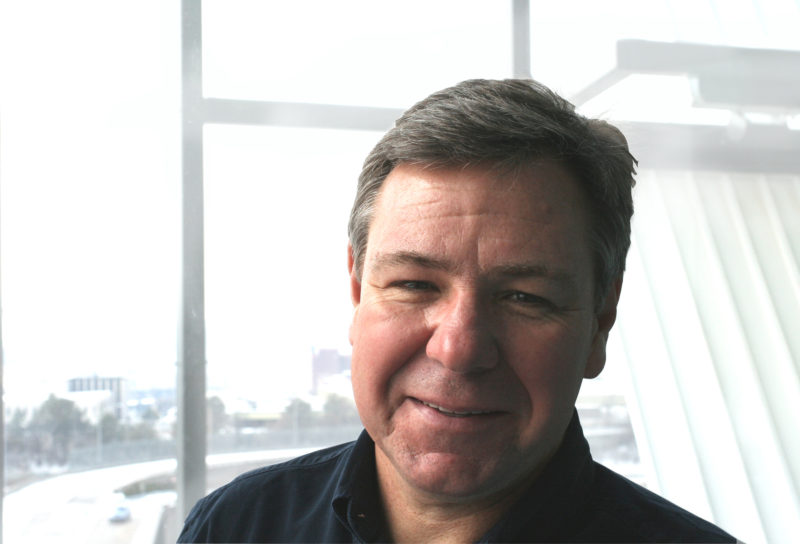 Dr. Walt Mueller is historically one of the preeminent voices in youth ministry and youth culture. He is the founder and President of the Center for Parent/Youth Understanding, a non-profit organization serving schools, churches, and community organizations across the U.S, Canada, and worldwide in their efforts to strengthen families. He has written extensively on youth culture and family issues and is the author of eight books, including the critically acclaimed Gold Medallion Award winner, Understanding Today’s Youth Culture (Tyndale House, 1994). He is a regular contributor to a variety of publications (both professional and popular) including Youthworker Journal and GROUP. Walt Mueller’s commentary and analysis on youth culture is heard daily on over 800 radio stations across the United States and Canada on CPYU’s daily radio program, Youth Culture Today. Walt Mueller earned his B.A. in Sociology from Geneva College (Beaver Falls, PA) and his M.Div. from Gordon-Conwell Theological Seminary (South Hamilton, MA, Summa Cum Laude), and his doctorate in postmodern generations from Gordon-Conwell Theological Seminary. Walt and his wife Lisa live in Elizabethtown, Pennsylvania, have four children and three grandchildren. 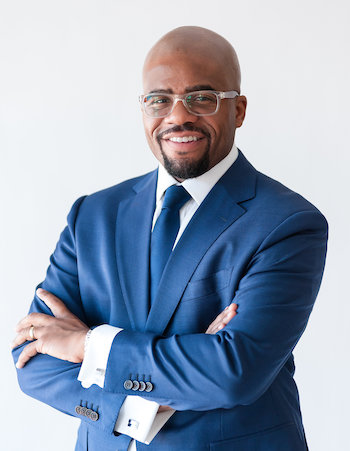 Watson Jones III was born and raised on the South Side of Chicago. At the age of 14, Watson made a profession of faith in Jesus Christ in his freshmen year of high school. It was then that Watson began to discern a call into the ministry and began preaching and teaching the bible soon after. Although Watson began preaching at the age of 14, he was licensed to preach at the age of 19, making him the youngest minister at his home church, Salem Baptist Church of Chicago.

Watson earned a Bachelor of Arts in Business Marketing at Trinity International University and then continued on to earn a Masters in Divinity from Trinity Evangelical Divinity School. Upon completion of seminary, Watson joined the ministerial staff at his home church—Salem Baptist Church of Chicago. At Salem, he served as Children’s Pastor and eventually Youth Pastor, while leading a group of 1,000 members in various church-wide activities.

In 2012, Watson entered a joint pastoral leadership and Church planting residency with Fellowship Bible Church in Little Rock, Arkansas and Epiphany Fellowship Church in Philadelphia. In 2015, Watson started Restoration Church of Philadelphia and served on the Leadership Team of the North Atlantic Region of Acts 29.

In 2018, Watson became the Senior Pastor of Compassion Baptist Church. In addition to his pastoral duties, Watson is a student in the inaugural cohort for the first-ever Ph.D. in African American Preaching and Sacred Rhetoric at Christian Theological Seminary in Indianapolis. He currently serves in the Chicago chapter of the AND Campaign, where he and others pastor organized the largest forum in the 2019 mayoral election. He is also a proud member of Alpha Phi Alpha Fraternity Incorporated. He is married to Kelli Jones and is the proud father of Yeshaya Nicee Jones, Watson Jones IV, and Ellison Samuel Benedict Jones. 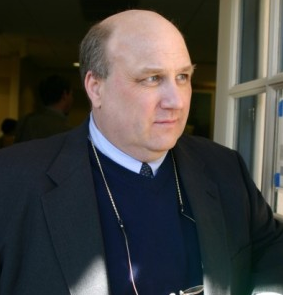 The Rev’d Canon Dr Ashley Null is an internationally respected scholar on the grace and gratitude theology of the English Reformation and the author of Thomas Cranmer’s Doctrine of Repentance: Renewing the Power to Love (Oxford 2000). Holding research degrees from Yale and the University of Cambridge, Ashley has received numerous awards for his work, including Fulbright, National Endowment for the Humanities and Guggenheim fellowships as well as being elected fellow of the Royal Historical Society and the Society of Antiquaries in London. He currently holds a research post funded by the German Research Council at Humboldt University of Berlin and is a visiting fellow at the Divinity Faculty of Cambridge University and St. John’s College, Durham University. His project is editing the private theological notebooks of Thomas Cranmer, the author of the independent Church of England’s founding formularies, for Oxford University Press. This is a five-volume project.

In addition to his scholarly activities, Ashley is an ordained Episcopal priest, Canon Theologian of the Episcopal Diocese of Western Kansas, Theological Advisor to the ACNA Diocese of the Carolinas and Senior Fellow of the Ridley Institute of St. Andrew’s, Mount Pleasant, South Carolina.

Ashley also serves as a chaplain to elite athletes and coaches, helping them to integrate the Reformation’s emphasis on the unconditional love and grace of God with their vocation as professional sportspeople. He is the author of Real Joy: Freedom to be Your Best (Haennsler, 2004) and served for six years as chairman of the Major Event Chaplaincy Commission. Ashley has served three-times as the Olympic chaplain, most recently at London 2012. 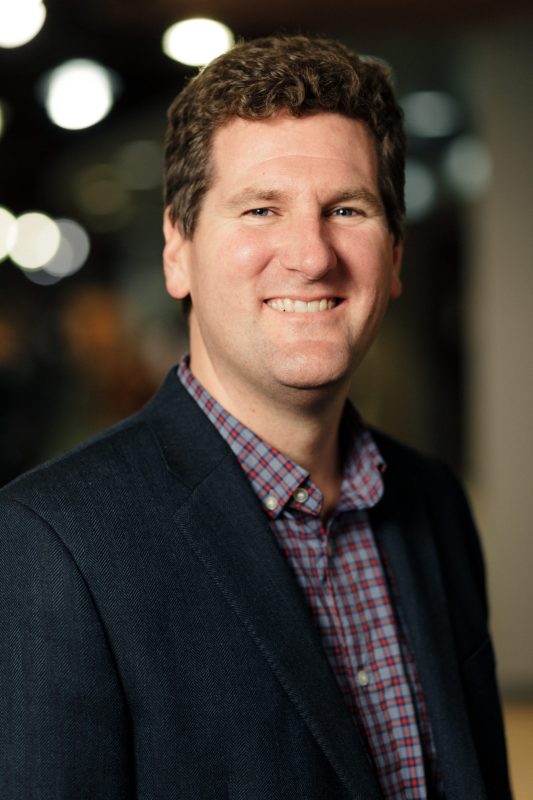 Cameron Cole has been the Director of Youth Ministries at the Cathedral Church of the Advent since December of 2005, and in January of 2016 his duties expanded to include Children, Youth, and Families. He is the founding chairman of Rooted Ministry, an organization that promotes gospel-centered youth ministry. He is the co-editor of “Gospel-Centered Youth Ministry: A Practice Guide” (Crossway, 2016). Cameron is the author of Therefore, I Have Hope: 12 Truths that Comfort, Sustain, and Redeem in Tragedy (Crossway, 2018), which won World Magazine’s 2018 Book of the Year (Accessible Theology) and was runner up for The Gospel Coalition’s Book of the Year (First-Time Author). Cameron has a B.A. in Latin and English and an M.A. in Education, all from Wake Forest; he nearly done with his Masters in Divinity from Reformed Theological Seminary. 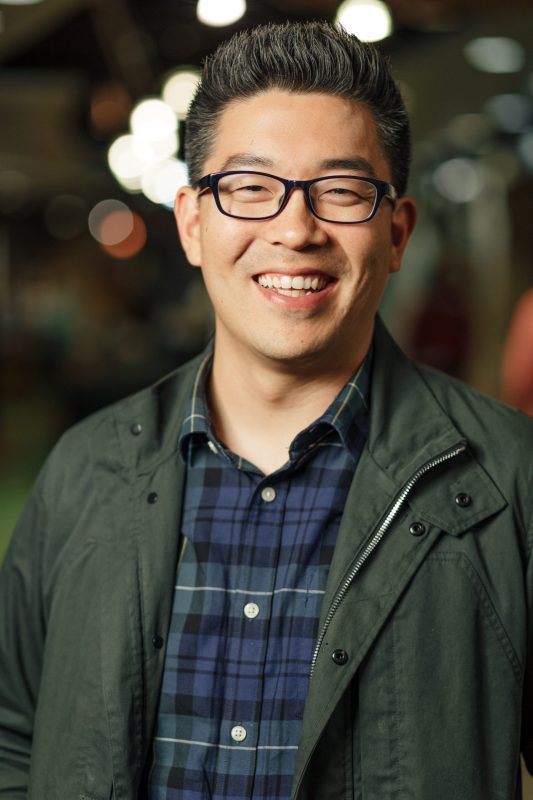 Kevin Yi is one of the youth pastors at Church Everyday in Los Angeles, CA and has been serving the middle school and high school students for over 14 years. He is a bi-vocational pastor and is also a video editor and associate producer with Toonzone Studios in Hollywood. He is also the founder of truthmattersministries.com. Kevin and his wife Tracy are celebrating 10 years of marriage together and have 3 children: Caden, Isabella, and Ian. He will be starting his Master of Arts in Philosophy at Talbot Theological Seminary in the Fall of 2017. 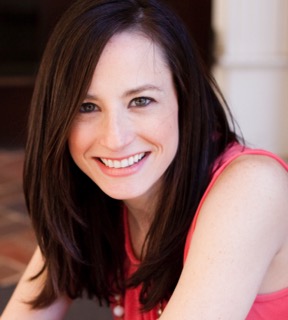 Alice Haygood Churnock is a Licensed Professional Counselor who regularly speaks and leads seminars locally, regionally, and internationally. After receiving her undergraduate degree in Corporate Journalism from Auburn University, Alice earned her Master’s in Counseling from the University of Alabama at Birmingham.

Alice specializes in counseling adolescents, women, and parents in areas relating to eating disorders, body image and depression, as well as stress and anger management. For more from Alice Churnock, listen to her on Rooted’s Ask Alice podcast. 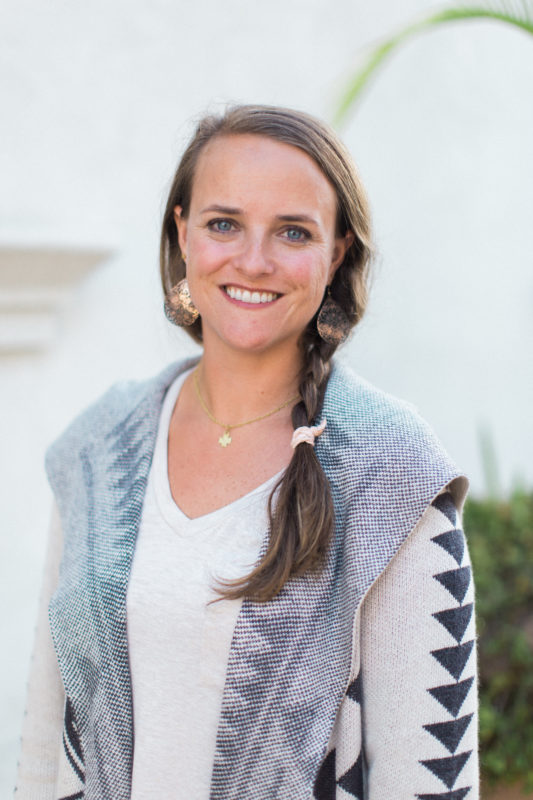 Charlotte Getz is the Editor-in-Chief for Rooted Ministry. She is also the co-author of Unmapped: The (Mostly) True Story of How Two Women Lost at Sea Found Their Way Home and a frequent contributor to the Mockingbird Blog. She received her B.A. in Creative Writing from Pepperdine University and her M.F.A. in Photography from SCAD. Before working for Rooted she served as an associate Youth Minister at the Cathedral Church of the Advent in Birmingham, AL. She currently resides in Long Beach, California with her husband and their two children. 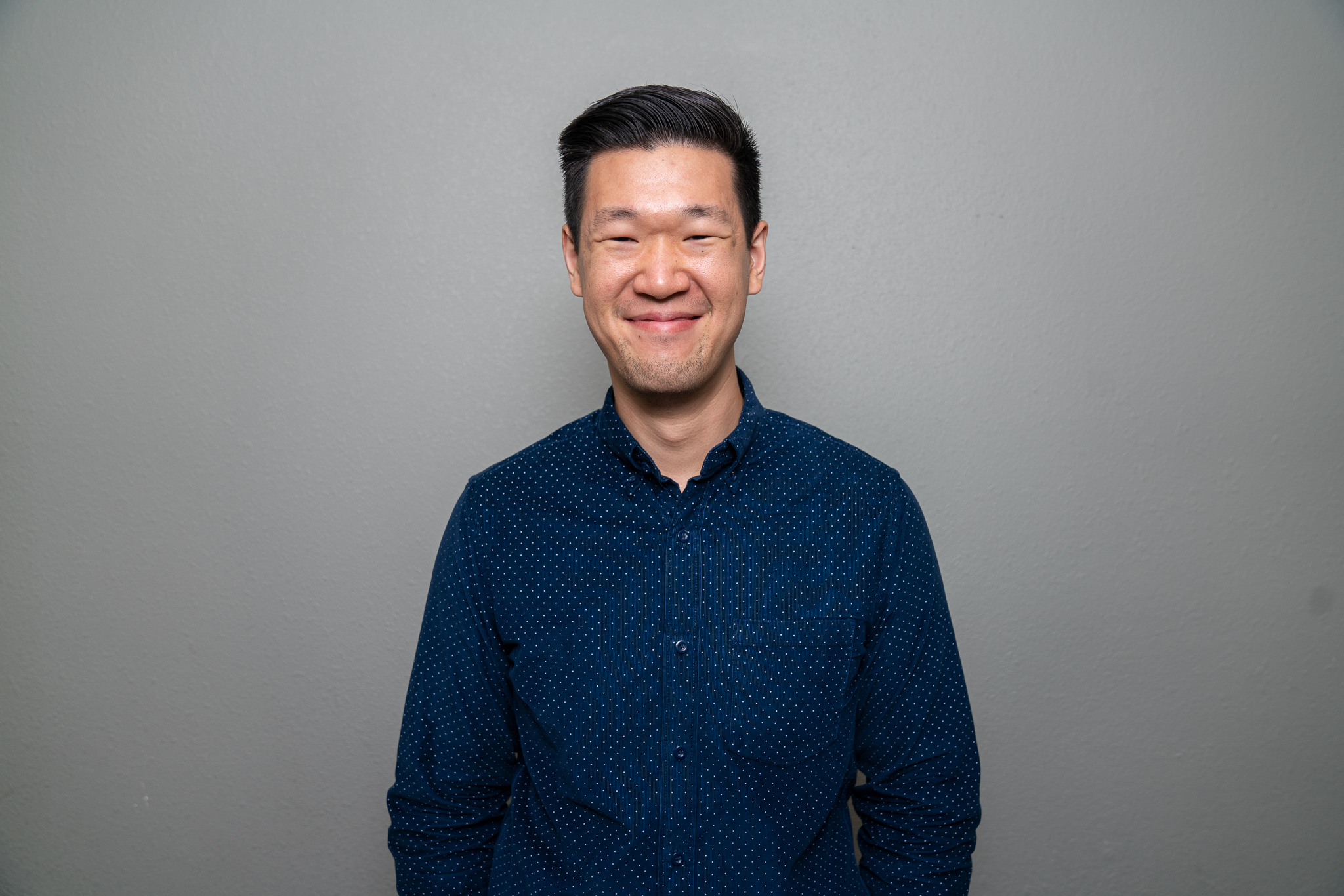 Chris has been doing youth ministry for the last 7 years and has an M.Div. from Talbot School of Theology. He and his wife Jessica live in Brea, CA where he serves as the Director of Student Ministry at Living Hope Community Church. 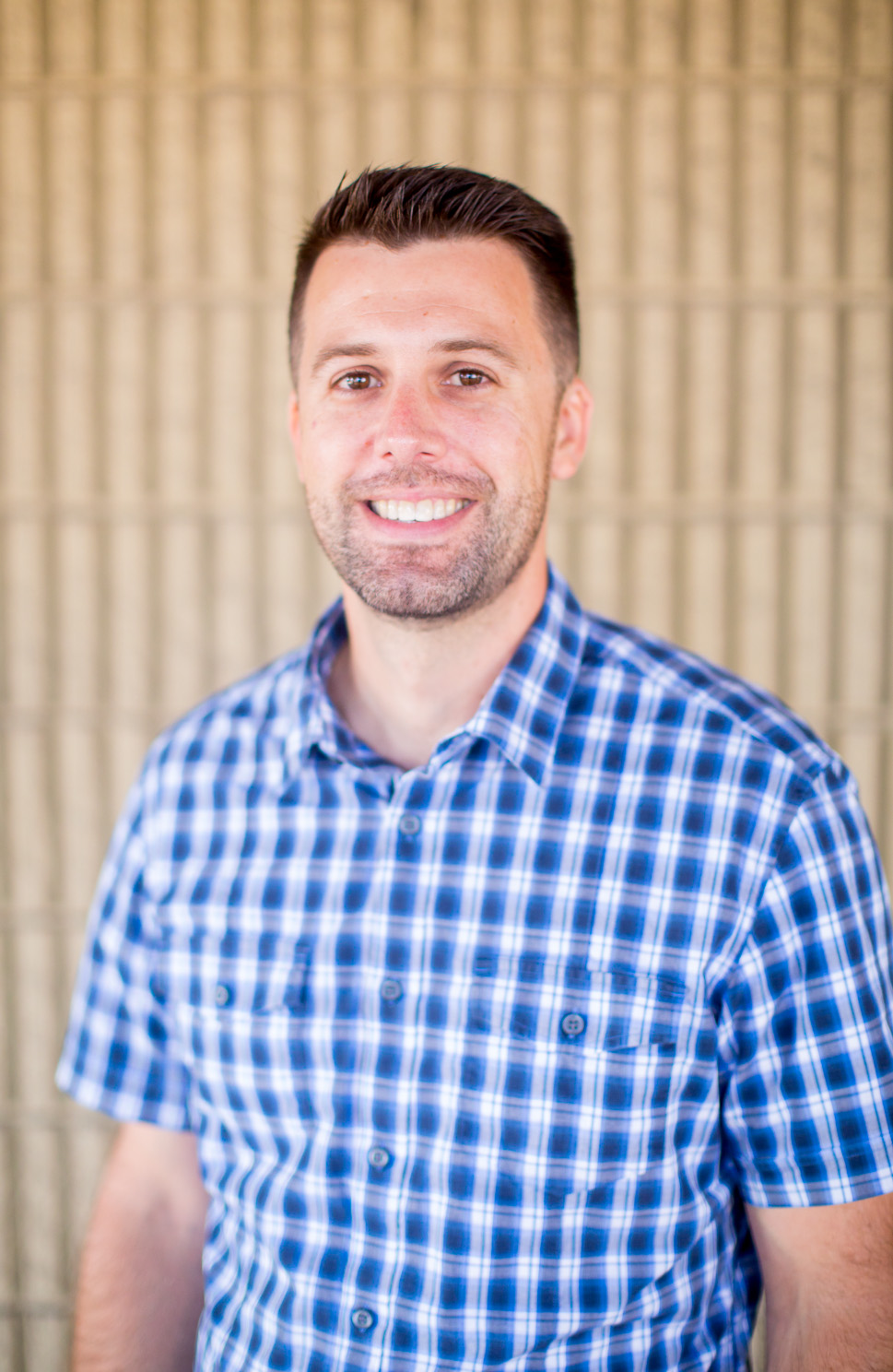 For the past 13 years Philip Walkley has served as the executive director of Service Over Self (SOS), a home repair and leadership development organization serving low-income communities in Memphis, TN. Prior to SOS, he served as the director of student ministries at First United Methodist Church of Grenada, MS. Philip, his wife, Kelsea, and their three children live in the Binghampton neighborhood of Memphis, one of the marginalized communities served by SOS. Philip is a contributor to the book Gospel Centered Youth Ministry: A Practical Guide. 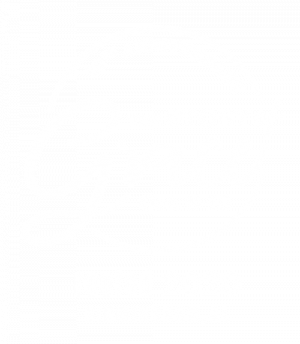