When We Talk About Evil, Let’s Not Scare the Youngsters

Follow along with us this week and last as we delve into various aspects of the book of Ecclesiastes, and the many ways it speaks to the life of the post-modern teenager.

Have you ever seen footage of a Cold War-era nuclear bomb drill? A screeching alarm sounds, a teacher at the front of a classroom directs her pupils to “duck and cover,” and a sea of children climb beneath their desks in “defensive positions” against certain atomic annihilation.

At least with respect to nuclear warfare, these films deliver the message that evil can only be reacted to, as opposed to proactively addressed. Because the threat of nuclear warfare involves a plethora of parties who are unreachably elevated in the chain of command, it is easy to see how an individual or a small community could feel helpless to have any meaningful impact on the reality (other than self-preservation).

Too often, the hard questions of evil and injustice are viewed by the church in a similar manner.

These are big-picture, complex, multi-faceted realities. Resultantly, it is often assumed that the church is powerless to proactively fight the world’s injustices. The best-case scenario is that it can hold its ground in a rapidly-shifting cultural milieu.

Such a perspective is unhopeful and unbiblical in light of Jesus’ words to Peter in Matthew 16:18: “On this rock I will build my church, and the gates of hell shall not prevail against it.” It is unhelpful with respect to the cutting questions often posed by skeptics and believers alike. As Tom Bisset points out, large numbers of people flee from Christianity on account of “troubling, unanswered questions about the faith.”

Today’s children and teenagers represent not only the church of today, but also those who will champion the gospel for the foreseeable future. In their shepherding of these youngsters, pastors, youth workers, teachers, and parents have an invaluable opportunity to re-frame the church’s discussion of evil. In their labors to that end, Ecclesiastes 4 will prove to be an invaluable trove of wisdom.

The chapter not only provides answers to evil’s definition and origins, but also yields helpful guidance for God’s church to take proactive measures against it.

A Definition of Evil

The Teacher who narrates the book of Ecclesiastes shies away from creating a checklist of what does and does not constitute evil. Not only would such a list be longer than the entire Bible itself, but it would also be culturally and historically-bound to the context of Ecclesiastes. Instead, the Teacher provides a general clue as to what constitutes evil in the world: “Again I saw all the oppressions that are done under the sun” (Ecclesiastes 4:1, emphasis added).

The phrase “under the sun” appears frequently throughout the book of Ecclesiastes, and it simply refers to natural condition of life in our fallen world. By connecting the phrase to his allusion to evil, the Teacher reveals that evil, oppression, and injustice are realities which exist because of sin’s entrance into the world.

The implications of this truth are threefold. First, mankind’s rebellion against the Creator is identified as the source of the world’s brokenness; God is above reproach regarding the charge of authoring evil.

Second, the false bifurcation of “respectable sins” versus blatant evil is dismantled. All sin is evil in the eyes of God inasmuch as it constitutes an ongoing defamation of his character and sovereign reign.

A Response to Evil

By the description of Ecclesiastes, the world’s evil is a more widespread and personally-threatening issue than even the worst of nuclear threats. And yet far from teaching her to “duck and cover,” Ecclesiastes provides four proactive ways in which the church can proactively wage war against the world’s evils.

1. Comfort the Afflicted. The second half of Ecclesiastes 4:1 reads, “And behold, the tears of the oppressed, and they had no one to comfort them!” How wonderfully these bleak words juxtapose with those of 2 Corinthians 1:3-4! “Blessed be the God and Father of our Lord Jesus Christ, the Father of mercies and God of all comfort, who comforts us in all our affliction, so that we may be able to comfort those who are in any affliction, with the comfort with which we ourselves are comforted by God.”

Christ, who has reconciled all things to himself, has comforted his people so that they might comfort others: temporally, through working against earthly injustices and oppressions, and eternally, by giving testimony to the power of the cross.

2. Death is NOT the Answer. The ESV Study Note for Ecclesiastes 4:2-3 reads, “Some people’s circumstances are so tragic that they even welcome death. The Preacher, however, considers those who have not yet lived or died to be even more fortunate than those who die in such misery, thus indicating that he would still consider death to be an ‘enemy’ (1 Cor. 15:26)…”

In light of the popularization of suicide in the recent release of Netflix’s 13 Reasons Why, our people (and especially our teenagers) need to hear this truth clearly.

We also need to be reminded of the power of the Cross. As 2 Corinthians 5:14 reveals, “One has died for all; therefore all have died.” In a sense, death is the pathway of escape to the world’s injustices. But not our deaths. Through the death of Christ, we are able to lay hold of the eternal benefits of God’s mercy, simultaneously escaping the clutches of the world’s brokenness and experiencing the exhilaration of the resurrection life.

3. Work Hopefully, but Don’t Place Ultimate Hope in Work. According to Ecclesiastes 4:5, it is the fool who folds his hands in idleness, refusing to work from the skills God has given him. The people of God are encouraged to work, especially in those areas in which, like Buechner says, “your deep gladness and the world’s deep hunger meet.”

At the same time, believers are dissuaded from placing their ultimate hope for the eradication of evil in their own efforts. “Better is a handful of quietness than two hands full of toil and a striving after the wind” (Ecclesiastes 4:6).

Ecclesiastes reminds us that our good works of faith need not be aimed at accomplishing what only Christ could on the Cross: the ultimate eradication of all the world’s evil. At the same time, the empty tomb reminds us that we’ve been made new creations right now, and that we are called to join in God’s global “ministry of reconciliation” (cf. 2 Corinthians 5:17-18).

4. Find Community. Ecclesiastes 4:9-12 highlights the importance of community in the life of the believer. Here, it is appropriate to remember the New Testament perspective provided by Matthew 16:18. It is the church which is impregnable to the advances of Satan; it is the church which will overcome the evils of the world, and not be overcome by them.

Therefore, it is crucial that her leaders not sound the alarm to “duck and cover” in the face of the world’s evil. Instead, may we work to build a community which offers comfort to the afflicted, community for the oppressed, and a magnificent vision of the Crucified. In so doing, we not only work towards the redemption of the world’s evils, but also offer hope to skeptics and the downtrodden alike. 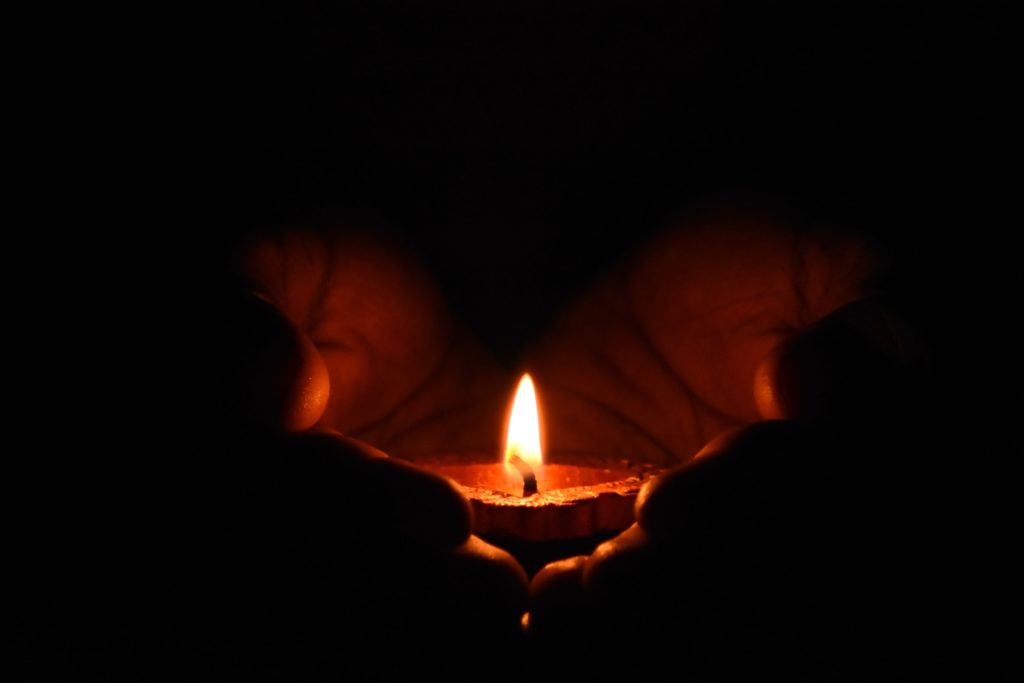 Beerbongs & Bentleys and the Gospel 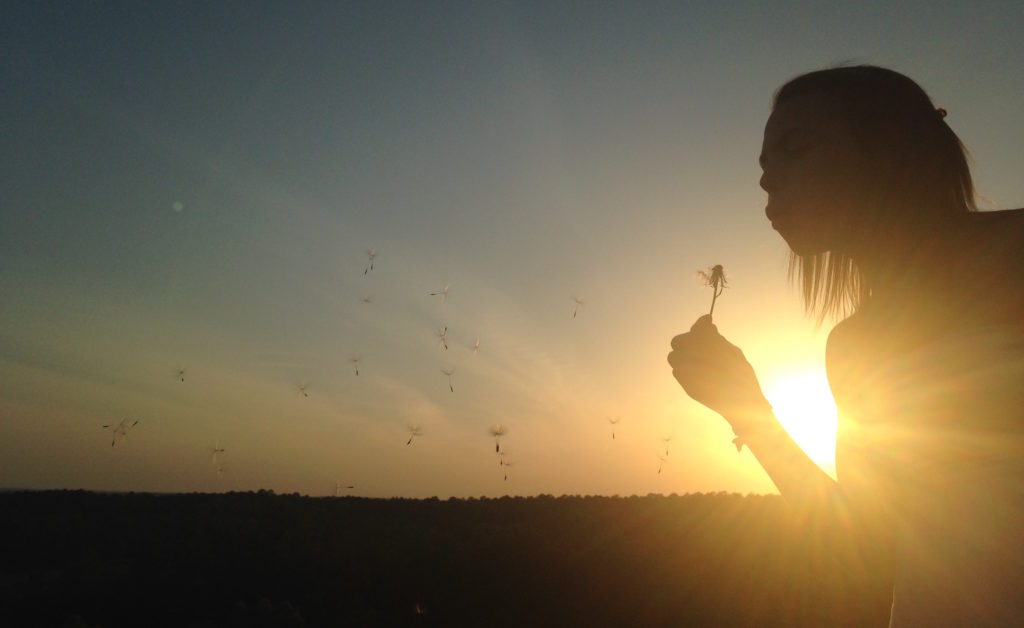 Ecclesiastes and the Postmodern Teen: The Whole Duty of the Whole

When We Talk About Evil, Let’s Not Scare the Youngsters

Ecclesiastes and the Postmodern Teenager: 4 Ways to Resist Casual Faith

Ecclesiastes and the Postmodern Teenager: Good News in Death